As COVID-Hit Trump May Leave Hospital on Monday, What's Known About His Condition So Far? 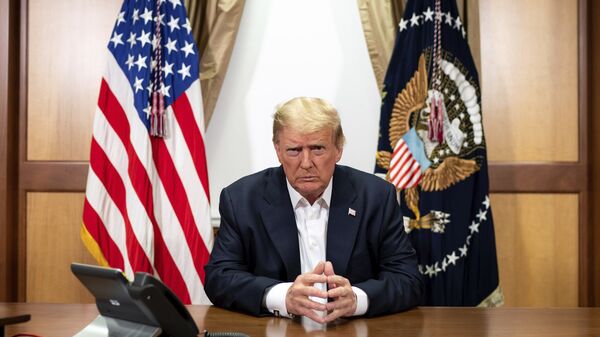 Aleksandra Serebriakova
Moscow-based Sputnik correspondent specializing in foreign affairs.
All materialsWrite to the author
US President Donald Trump, who is currently undergoing COVID-19 treatment at the Walter Reed centre got out of his hospital suite on Sunday to greet supporters waiting outside the medical facility.

Mainstream media claim that reports about Donald Trump's health following his COVID-19 diagnosis have been conflicting and are raising alarm among the American public over a "lack of transparency" coming from the White House.

Even though POTUS continues to keep everyone updated on his condition via Twitter, the president's personal physician Dr Sean Conley admitted during a Sunday press conference that he initially tried to "reflect an upbeat attitude" about Trump's course of illness by not disclosing some difficulties he had faced in the last couple of days.

"[I] didn't want to give any information that might steer the course of illness in another direction. And in doing so, you know, it came off that we were trying to hide something, which wasn't necessarily true. The fact of the matter is that he's doing really well", the physician said. 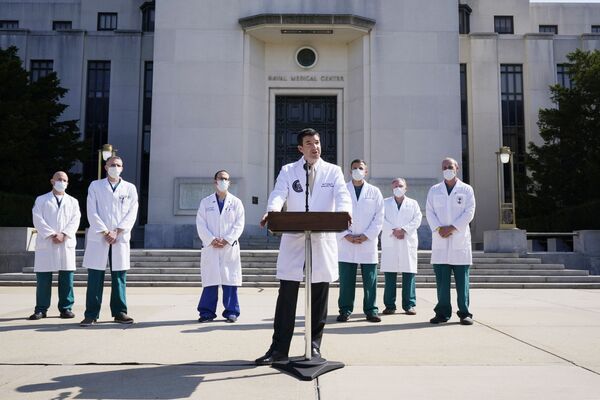 As the medical team said that Trump was doing "really well" and may be discharged from the Walter Reed National hospital on Monday if his condition continues improving, here is what is known so far about the president’s state of health: