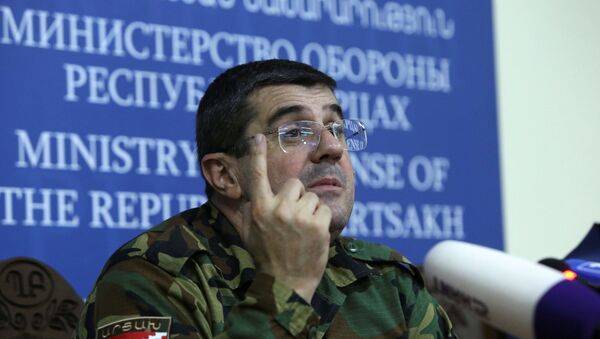 Prior to the emergence of reports regarding his alleged injury, Arayik Harutyunyan appeared in a Facebook broadcast.

As clashes between Armenian and Azerbaijani forces in Nagorno-Karabakh region continue unabated, conflicting reports regarding the condition of Arayik Harutyunyan, the head of the unrecognized Republic of Artsakh (the Armenian side's name for the region) have emerged.

While Azerbaijani president's aide Khikmet Gadzhiev claimed that Harutyunyan sustained a serious injury during a precision strike by the Azerbaijani military, a spokesperson for Harutyunyan refuted these allegations.

Shortly prior to Gadzhiev's announcement, Harutyunyan also appeared in a live Facebook broadcast, looking healthy and not sporting any visible signs of injury.