Air Defence Axis: Russia Would Have ‘No Problem’ Delivering S-400s to Iran 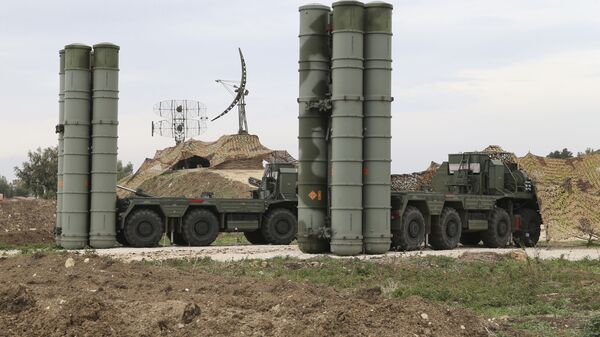 Ilya Tsukanov
All materialsWrite to the author
Iran’s Air Defence Troops already operate four battalions of upgraded S-300PMU2s, including launchers plus the accompanying target detection and designation radar equipment. Furthermore, the country’s domestic defence industries have created a range of first-rate air defence systems, including the Bavar 373 and the Khordad-3.

Moscow would have “no problem” selling its S-400 air defence system to Iran, Russian Ambassador Levan Dzhagaryan has said.

“As you know, S-300s have already been delivered. Russia has no problem delivering S-400s to Iran. This was never a problem from the very beginning,” Dzhagaryan said, speaking to Iran’s Resalat newspaper in an interview published Saturday.

Commenting on “US threats” to try to extend the United Nations arms embargo against Tehran indefinitely, the diplomat stressed that Moscow would not be intimidated by US pressure, would make good on any commitments made, and would be willing to listen to offers from the Iranian side to buy Russian arms when the UN embargo expires on October 18.

Dzhagaryan also recalled that immediately after the Trump administration withdrew from the Iran nuclear deal in May 2018, Moscow “took a strong stance against the United States and called on the deal’s three European signatories to stand together with us.”

“But the issue I want to address is very important: the three European countries did not support the United States, but they also continue to criticize Iran’s activities in the region. On one hand, they say that the arms embargo against Iran should be lifted. On the other, they say that Iran should not continue its activities. The Russian side has said from the start that there would be no problems selling arms to Iran starting on October 19,” he reiterated.

Last month, after its attempts to extend the international arms embargo against Iran fell through at the UN, Washington threatened to impose the “full force” of secondary sanctions against any arms producer dealing with Iran.

Iran already has experience with Russian-made military equipment, including the S-300 air defence system. In August, Iranian Defence Minister Brig. Gen. Amir Hatami inspected a S-400 system during a trip to Russia for the ARMY-2020 military expo outside Moscow.

The S-400 is presently the most advanced road-mobile air-defence system in Russia’s arsenal, and is capable of shooting down everything from enemy planes, helicopters and drones to ballistic and cruise missiles at ranges up to 400 km. In addition to Russia, the system is operated by China, Belarus and Turkey, with India expecting to receive several regiments of the system soon.

In September, Islamic Revolutionary Guard Corps Aerospace Force Commander Amir Ali Hajizadeh announced that in addition to importing arms, the lifting of the embargo will enable Iran to export its military equipment abroad in full compliance with international law.

Over the past decade, Iran’s defence industry has taken major strides in the creation of advanced military hardware, ranging from missiles, tanks and aircraft to warships, radar systems and even domestically-produced satellites. Iran’s new air defence equipment in particular proved its worth in June 2019, when a Khordad-3 medium-range missile system shot a stealthy $220 million US Global Hawk surveillance drone out of the sky after it illegally entered Iranian airspace over the Strait of Hormuz. 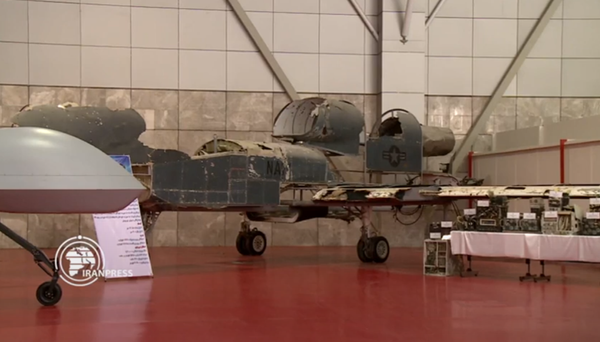 Painstakingly reconstructed remnants of US drone shot down over Iran by a domestically-made air defence system in June 2019 on display at Tehran's National Aerospace Park.
© Photo : YouTube / Ipna News
Newsfeed
0
Access to the chat has been blocked for violating the rules . You will be able to participate again through:∞. If you do not agree with the blocking, please use the feedback form
The discussion is closed. You can participate in the discussion within 24 hours after the publication of the article.
To participate in the discussion
log in or register
loader
Chats
Заголовок открываемого материала