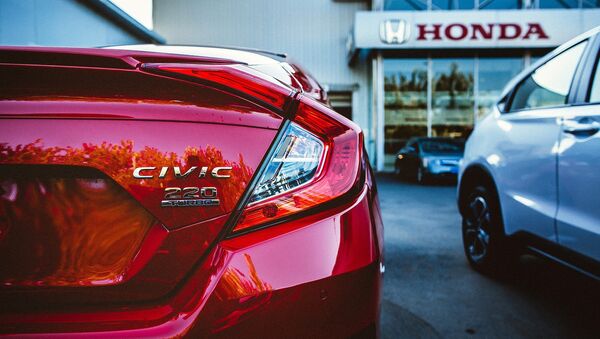 CC0 / /
Subscribe
International
India
Africa
Honda's involvement in F1 has broadly been due to an R&D strategy. Resources currently involved in racing will be redirected elsewhere while engineers working on the F1 project can utilise the experience they gained from the motorsport.

Honda Motor Company announced on Friday that it would be withdrawing from Formula 1 at the end of 2021 due to environmental aims, CEO Takahiro Hachigo explained on Friday morning in Tokyo.

Honda is looking to accelerate its initiatives in order to realise "carbon neutrality by 2050" and establish a sustainable society.

"To this end, our current goal of "electrifying two-thirds of our global automobile unit sales in 2030" will become a checkpoint we must pass before we get to the 2050 goal, and therefore we must further accelerate the introduction of our carbon-free technologies", the announcement said.

In place of its investment of $164 million (€140 million) a year in an F1 engine program, Honda will direct resources to carbon-free technology for road cars, including battery and fuel cell electric vehicles.

Honda experienced its heyday during the 1980s and 1990s, accumulating 77 wins, 194 podiums, and contributed to five World Drivers' Championships and six World Constructor's Championships with names such as Ayrton Senna, Alain Prost, and Nigel Mansell and prominent teams like Lotus, Williams, and McLaren.

5 years ago, Honda reentered the sport as an engine supplier to McLaren. While both companies saw successes during the 1988-1992 partnership, the pair parted ways in 2017 due to declining performances.

In 2018, when Toro Rosso, which is now Alpha Tauri - one of two teams owned by Red Bull - swapped engine suppliers, Honda's racing future began to take a more promising turn. Red Bull Racing also switched to Honda in 2019 and secured four victories, the first for a Honda-powered car since the 1992 Australian Grand Prix.

In the 2020 season, Honda has had two wins, most recently Pierre Gasly's performance in the Alpha Tauri at Monza in Italy a few weeks ago.