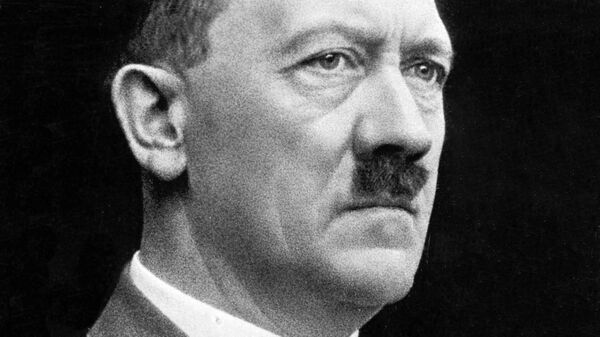 Andrei Dergalin
All materialsWrite to the author
The myths and legends tackled by the book's author included the Protocols of the Elders of Zion and the speculations about Rudolf Hess' flight to Scotland in 1941.

Titled “The Hitler Conspiracies: The Third Reich and the Paranoid Imagination”, the book tackles several myths, including one regarding Hitler allegedly fleeing to South America at the end of World War II rather than committing suicide in Berlin.

"Despite all the evidence to the contrary, more book-length arguments for the survival of Hitler in Argentina have appeared in the 21st century than in the whole of the 55 previous years," Evans wrote as quoted by Financial Times.

According to the newspaper, the historian also took a dim view of a three-season television series "Hunting Hitler" that was broadcast by the History Channel from 2015 till 2018, based on "speculation about the dictator’s survival".

The series were criticized by Evans as full of "innuendo, suggestion and invention" while making virtually "no effort to address the hard evidence of Hitler’s death compiled by investigators in 1945", as the newspaper put it.

Other theories addressed by Evans in his book – and whose credibility he reportedly "demolishes" – include the Protocols of the Elders of Zion, an early-20th-century hoax alleging a "worldwide Jewish conspiracy"; the so called "stab in the back" legend which postulates that domestic traitors were responsible for Germany's defeat in World War I; the 1941 Rudolf Hess' flight to Scotland, "falsely depicted as a genuine Nazi peace bid or a plot concocted by British intelligence"; and speculation about the Nazis possibly being responsible for the 1933 Reichstag fire.