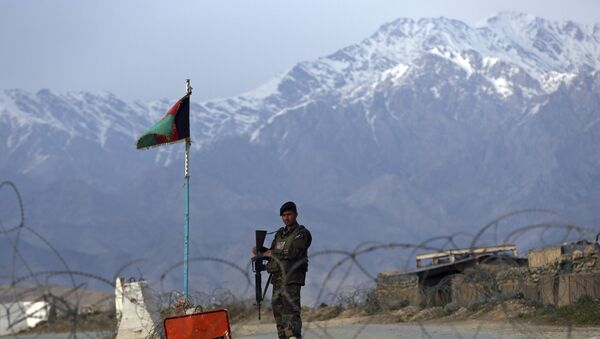 The blast occurred in the province's western Maiwand District on Saturday evening, a spokesman for the 205th Atal Corps in the south, Khwaja Yahya Alawi, said in a statement.

According to Alawi, a vehicle loaded with explosives was intended to attack the ANA base but failed to reach the target as Afghan soldiers spotted it early and opened fire, leading to the vehicle exploding at around 8 pm local time on Saturday (16:00 GMT).

The military spokesman said no ANA forces were injured in the explosion, however, a local source told Sputnik that there were casualties.

"Five ANA soldiers were killed and three others were injured in the blast", the source said.

No group has taken responsibility for the attack.

At the end of last month, US Special Representative for Afghanistan Reconciliation Zalmay Khalilzad called for a reduction of violence in Afghanistan amid Doha peace talks.

Violent clashes and bomb blasts have been reported in Afghanistan despite the ongoing peace talks between the government and the Taliban in the Qatari capital of Doha.