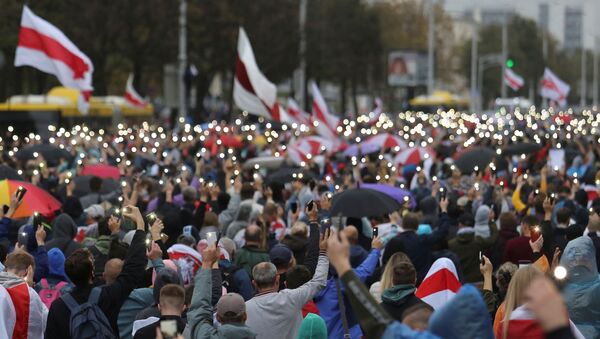 "They [security forces] detained 11 protesters," a representative from the police department said.

No journalists were among those who were detained during the latest day of protests in the Belarusian capital, the police representative added.

A series of unauthorised opposition protests have been held across Belarus in the weeks that have followed the 9 August presidential election, which saw incumbent Alexander Lukashenko win a sixth term in office by a landslide.

The Belarusian opposition has rejected the results of the vote and staged protests regularly on weekends.