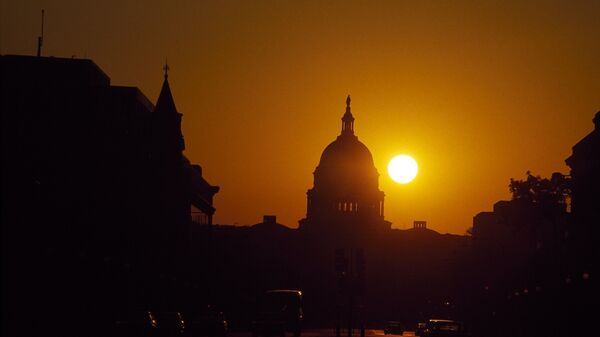 Evan Craighead
All materialsWrite to the author
The Democrats' $2.2 trillion COVID-19 relief bill was approved by a 214-207 vote on Thursday and now advances to the Republican-controlled US Senate.

House Speaker Nancy Pelosi's (D-CA) COVID-19 bill advanced in the chamber on October 1, despite opposition from 18 Democratic members of the House.

214-207: House passes Democrats' $2.2T COVID-19 relief bill. 18 Democrats joined all Republicans in voting No. Bill now heads to Senate. No agreement has yet to be reached between Speaker Pelosi and Treasury Secretary Mnuchin despite their recent talks. pic.twitter.com/fx9Axxws1b

Prior to the evening vote, the House speaker engaged in lengthy negotiations with US Treasury Secretary Steven Mnuchin. Pelosi did not appear optimistic following the talks.

"Even if we came to some agreement, nothing is agreed to until everything is agreed to. It's the language," she said following the reported 50-minute phone call with the Trump administration official.

This call was approx 50 minutes in length. https://t.co/sB6MDBVYFY

Republicans have argued that the congressional Democrats' bill, which has been slashed by some $1.2 trillion since May, carries an unacceptable price tag.

“I would prefer to see something that hits the national debt … less than $2.2 trillion," said Rep. Steve Chabot (R-OH), as reported by Roll Call.

GOP lawmakers have also demanded the stimulus bill include a continuation of the $150 billion tax benefit from the CARES Act that primarily benefits wealthy real estate investors. At the same time, Republicans have taken issue with the $54 billion expansion of refundable tax credits for lower-income families.

Pelosi has contended that she is unwilling to budge much more to appease Senate Republicans.

"They still want to keep $150 billion tax break for the wealthiest in our country, and have zero in terms of a refundable child tax credit and earned income tax credit that addresses the poorest of the poor," said the House speaker during her weekly news conference.

"We’re not going to exploit the needs that people have in order to once again increase the national debt to help the high end." 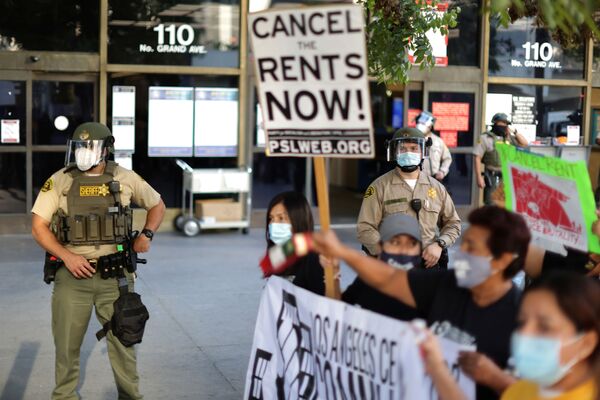 Tenants and housing rights activists protest for a halting of rent payments and mortgage debt as sheriff's deputies block the entrance to the courthouse, during the coronavirus disease (COVID-19) outbreak, in Los Angeles, California, U.S., October 1, 2020.
© REUTERS / Lucy Nicholson

US lawmakers have continued to drag their feet on negotiations for the past few months, despite Americans' dire need for economic support amid the COVID-19 pandemic.

The US Department of Labor revealed on Thursday that new applications for jobless benefits dropped by 36,000 and settled around 837,000 for the week ending on September 26.

However, several companies have announced thousands of layoffs amid a widespread economic slowdown across the country. Walt Disney Co. alone will be removing some 28,000 US workers from their jobs with the corporation, Bloomberg reported.