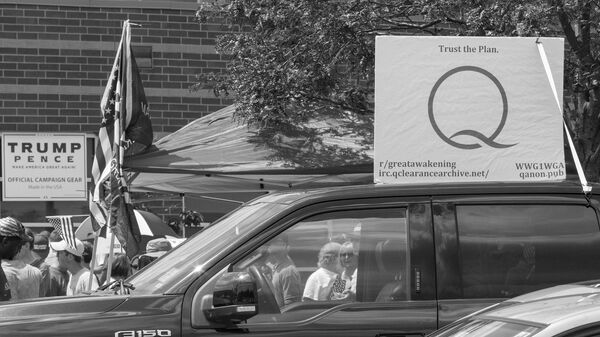 CC BY 2.0 / Becker1999 / IMG_1591b
Subscribe
International
India
Africa
WASHINGTON (Sputnik) - The resolution also encourages the FBI and other law enforcement agencies to focus on preventing violence, harassment and other criminal activity motivated by the group.

QAnon is often portrayed as a shadowy collection of individuals who claim President Donald Trump is secretly battling a network of pedophiles in the Democratic Party and establishment.

Lawmakers have said that in recent years, QAnon has expanded into a movement embracing multiple conspiracy theories aimed at influencing elections by undermining public trust in US institutions.

The FBI has warned that the group’s online presence encourages extremists to commit violent criminal acts, according to lawmakers.