'Fired Up' Lionel Messi 'Playing Out of His Skin' for the Team, Claims Barcelona Defender 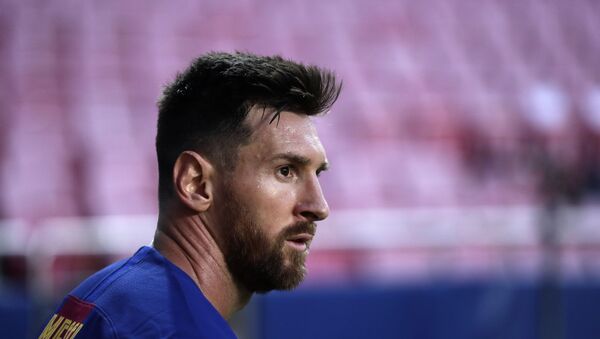 Svetlana Ekimenko
All materialsWrite to the author
Earlier, Lionel Messi confirmed his total commitment to Barcelona's "shirt and badge" as he began the team's La Liga campaign by scoring a penalty in a 4-0 rout of Villarreal, seeking to put behind him the scandal triggered by his failed attempt to leave the club.

Lionel Messi is projecting the image of being a man on a mission after his failed bid to part ways with Barcelona FC, "playing out of his skin" for the team, believes Barcelona defender Sergi Roberto.

"Leo is so fired up right now… He ran so much today and played out of his skin for the team", Reuters quoted Roberto as saying after the Argentine striker offered up a masterclass in the 3-0 win against Celta Vigo on 1 October.

Magic from Messi in the build-up 😍 pic.twitter.com/oqhMXSvKBf

​Barca was playing the second game of the La Liga campaign with manager Ronald Koeman starting his Barcelona tenure, having taken over the club from Quique Setien, sacked in August after Barcelona crashed out of the Champions League due to a 8-2 loss to Bayern Munich.

After left-winger "Ansu" Fati Vieira opened the scoring, Messi helped double Barca's lead early in the second half, despite the team going down to 10 men in the first half after French centreback Clement Lenglet was sent off for two bookings.

- Arguing the referee for an unfair second yellow for Lenglet.
- Rushing back to defend when the teams needs.
- The only one man forward for Barcelona for most of 2nd half.
- Creating two wonder goals out of nothing to seal the win.

And some dogs still bark Messi ain't a leader pic.twitter.com/AzwNdwhA4B

​Seemingly undaunted by having a strike ruled out for offside, Messi continued his onslaught to create Barca's third goal in added time, slicing through Celta's defence and firing a shot at Ivan Villar. As the goalkeeper responded by parrying the ball, Sergi Roberto hammered the loose ball into the net.

"We're so happy that Leo is still with us and the fact he is so motivated is a huge boost for us", added Roberto.

Koeman's Barcelona have now scored seven goals in La Liga, without giving up a single one.

After the scandal that was generated by the Argentinian football legend's earlier announced decision during the summer to part ways with FC Barcelona, Messi has been on fire at the start of the season.

Analysts and fans suggest the athlete hopes to dispel speculations of lingering ill-feelings on the part of both sides.

In August, Lionel Messi, who has played with Barcelona since 2003, stunned fans by announcing that he intended to leave the club.

Reports had suggested the prolific goalscorer was frustrated with the team's succession of disappointing losses, and particularly their failure to reach the Champions League final.

Messi has a contract with the Catalan club until 2021, with a clause to leave Barcelona at the end of the 2019-20 season, which expired on 31 July. 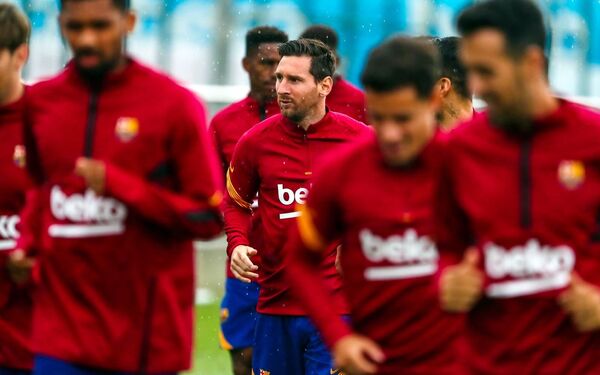 At this point legal matters came to the forefront.

Messi's lawyers insisted the "exit clause" allowing him to leave on a free transfer after the end of the season was still active, while the Spanish football governing body on 30 August stated Messi could only leave if his 700-million-euro ($835 million) release clause were paid to the club.

Choosing not to wade into a legal battle, Lionel Messi, who won the Champions League four times with Barca, made a U-turn and has since sought to draw the line under his efforts to leave the club.

"Messi worked very hard off the ball tonight which was very important for us tonight".