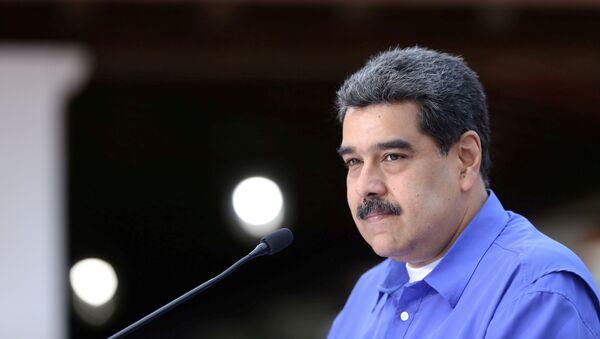 BUENOS AIRES (Sputnik) - Venezuela is studying the possibility of using cryptocurrencies in trade, in addition to the national petro, these may be both private and state tools, President Nicolas Maduro said.

On Tuesday, Maduro is presenting an anti-sanctions law in the Constituent National Assembly aimed at stimulating the development of various sectors of the country.

"The anti-sanctions law is the first response... to give new strength to the use of petro and other cryptocurrencies, national and global, in domestic and foreign trade, so that all cryptocurrencies of the world, state and private, could be used. This is an important project that is under development", the president said.

In mid-August, The Bolivarian Council of Mayors, representing 305 municipalities, signed the National Tax Harmonisation Agreement, placing the petro as the unit of account for tax payments.

In January, Maduro said he had greenlit a sale of 4.5 million barrels of oil in exchange for the petro cryptocurrency, adding that he wished to all sales of crude, reduced iron and jet fuel for international flights to be conducted in oil-backed petro.

The petro cryptocurrency was launched two years ago in a bid to shift away from the US dollar.