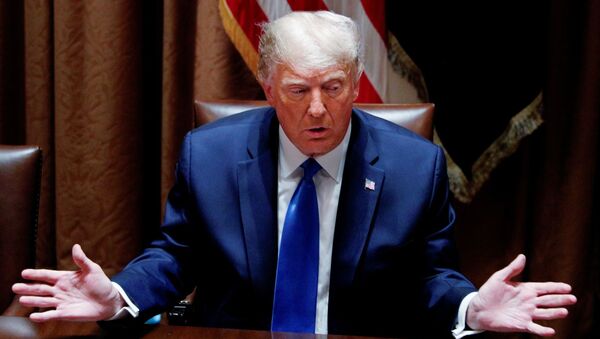 The US Senate earlier passed a funding measure in an 84 to 10 vote on Wednesday in an effort to prevent a government shutdown at the end of the month. The legislation now heads to US President Donald Trump's desk for his signature.

⚠️President @realDonaldTrump has signed the Continuing Resolution, funding the government through December 11, 2020.

The stopgap measure was cleared by the US Senate overnight and the US House of Representatives last week.

The legislation was passed in the US Senate hours before the annual spending bill was set to expire, which would have left federal agencies without sufficient money to continue operations at fiscal year 2020 levels.

The bill adds $8 billion in nutrition assistance programs, expands a program that provides low-income children with food and permits farm aid to be distributed to farmers impacted by Trump's trade policies.

The measure also extends many programs whose funding is set to expire on September 30 including highway and transit programs, federal flood insurance programs and several health programs, including a provision to prevent Medicaid cuts to hospitals that serve the poor.

The stopgap spending bill is necessary because the GOP-controlled Senate has not taken action on any of the 12 annual spending bills that fund the 30% of the government's budget passed by Congress annually, US News explains.

The last 35-day government shutdown took place between December 2018 and January 2019 and was the longest on record. The shutdown, which furloughed 800,000 government workers, occurred after congressional lawmakers and the White House disagreed over funding for a wall along the US' southern border.