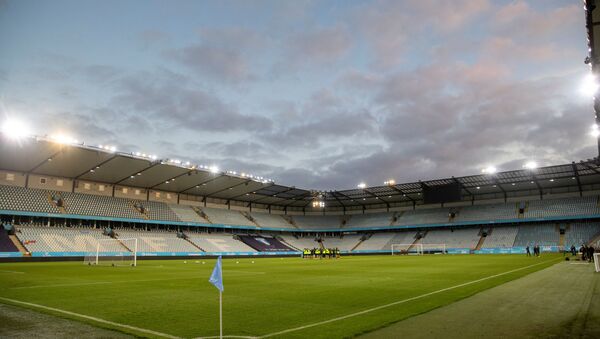 MOSCOW (Sputnik) – Russia will be represented by three football clubs in the 2020-2021 UEFA Champions League group stage for the first time, as FC Krasnodar has defeated Greece PAOK in the qualifying play-off round.

On 22 September, the first match between FC Krasnodar and FC PAOK ended with the victory of the Russian team with the score 2:1.

The second match was held on Wednesday in the Greek city of Thessaloniki and also ended with FC Krasnodar's victory 2:1. In the 73rd minute of the match, PAOK's defender Giannis Michailidis scored an own goal; four minutes later, Greek midfielder Omar El Kaddouri equalled the score and Krasnodar's midfielder Remy Cabella scored the decisive goal in the 78th minute.

In the 2020-2021 season, Russia will have three football teams in the group stage of the UEFA Champions League for the first time in its history: Zenit St. Petersburg, Lokomotiv Moscow and Krasnodar.