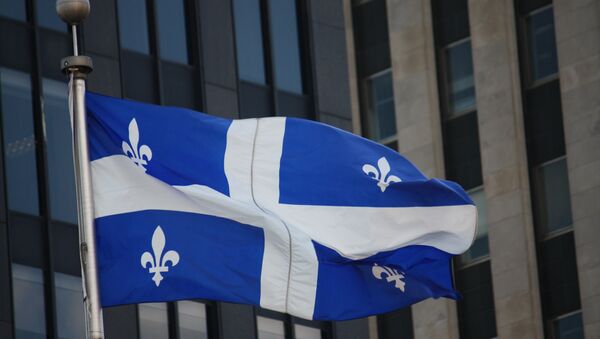 Quebec Premier François Legault condemned the staff involved but said it was not typical of the province's health service. But Indigenous leader Perry Bellegarde has said that discrimination against indigenous people remains widespread.

Protests have erupted in the Canadian province of Quebec after a video emerged of hospital staff insulting an indigenous patient who later died.

Mother-of-seven Joyce Echaquan, 37, was admitted to hospital in Joliette, north of Montreal, on Monday suffering from stomach pains, telling staff she had previously been diagnosed with a heart condition.

The Atikamekw nation woman began live-streaming video from her hospital bed after nurses were dismissive of her suffering and verbally abused her, calling her “stupid as hell”, The Guardian reported

“Are you done acting stupid? Are you done?” One French-speaking nurse said. “You made some bad choices, my dear,” another said. “What are your children going to think, seeing you like this?”

“She’s good at having sex, more than anything else,” the first said.

Demonstrations under the slogan "Justice pour Joyce" have begun, including a vigil outside Joliette Hospital on Tuesday night.

Charges Dropped Against Alberta First Nations Chief Who Resisted Police Arrest - Report
Quebec Premier François Legault condemned the nurses' behaviour and said one had been sacked. A coroner's inquest was launched and the local health board launched its own probe, saying: ‘‘We will not tolerate any remarks of that type from our personnel.”

Legault insisted the incident was isolated and not typical of the province's health service. “I really don’t think we have this kind of way of dealing with First Nations people in our hospitals in Quebec,” he said.

But indigenous leaders said it was an example of the systemic racism that has been ignored in Canada.

And Canadian national Indigenous Services Minister Marc Miller said the "gut-wrenching" video exposed “the worst face of racism,” insisting “This is not an isolated event.”

“This is someone who is at their most vulnerable. And they are dying, having heard racist words expressed towards them,” Miller told reporters. He pointed to reports from British Columbia on the Pacific coast in June, where it was alleged emergency room staff played a game they dubbed "The Price is Right" where they would guess the blood alcohol level of indigenous patients as they were brought in.