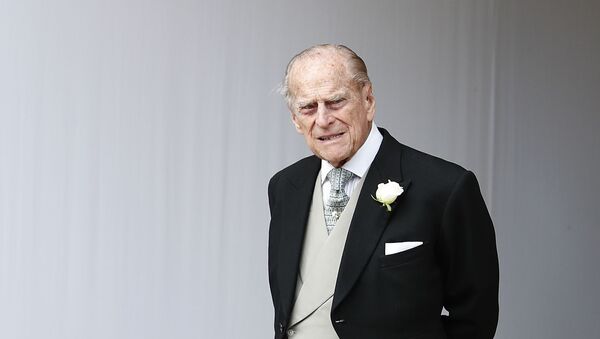 Max Gorbachev
All materialsWrite to the author
Meghan Markle and Prince Harry have been recently accused of election interference after they recorded a message about the upcoming presidential elections in the United States, which many people contended was a veiled criticism of incumbent President Donald Trump.

Prince Philip is reportedly "very, very disappointed" with Meghan Markle’s inability to put aside her acting career and support Prince Harry, like the Duke of Edinburgh supported Her Majesty the Queen. Philip, who will turn 100 next June, gave up his military career in the Navy when Elizabeth ascended the throne in 1952. Up until his retirement in 2017, Philip supported the Queen in her royal duties, accompanying her to meetings and ceremonies.

Royal biographer Ingrid Seward said the Duke of Edinburgh was left "irritated" when Meghan Markle failed to follow his example when she became a member of the royal family in 2018 when she married Prince Harry.

"I think he's very, very disappointed because I think he feels he gave up his naval career in order to stand by the Queen and help the monarchy. And why can't Meghan just give up her acting career, support her husband and support the monarchy? As he used to say to [princess ] Diana [mother of Prince Harry], this is not a popularity contest, this is all of us working together. He just cannot understand why she couldn't support Harry and help him rather than wanting to have her voice", Seward said in an interview with Sky News.

The royal biographer also revealed that Prince Philip decided not to get involved in the talks about the Sussexes future after the couple decided to quit royal life. According to Seward, the Duke of Edinburgh left the Sandringham House after Harry and Meghan arrived for talks with other members of the royal family.

On 8 January, Prince Harry and Meghan Markle announced that they intended to step down from senior roles in the Royal Family and work to become financially independent. The move was met with public outrage and indignation. Reports say that the couple did not inform other members of the family, including Her Majesty, about their plans. The public blamed Meghan Markle for the move, as previously the Duchess said she found it hard to withstand the media scrutiny that accompanies the royals.

In their bombshell announcement, the couple also said they would balance their time between the United Kingdom and North America, where Markle was born and began her acting career.

Last week it was reported that the Sussexes may have breached royal protocol when they recorded a video in which they spoke about the upcoming presidential elections, as members of the UK royal family are required to stay neutral in political affairs.