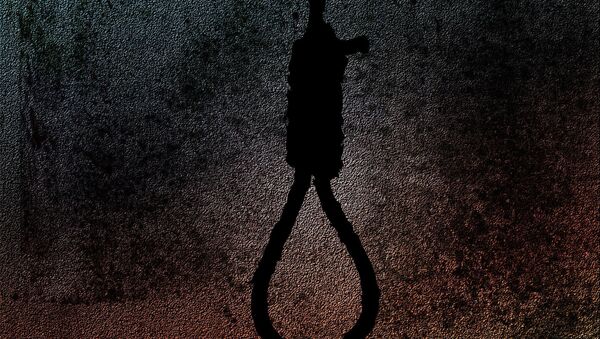 The United Nations (UN) this week called for the protection of Nigerian singer Yahaya Sharif-Aminu, who was recently sentenced to death over an allegedly blasphemous song he performed and shared on messaging app WhatsApp.

In a Monday statement by the UN’s Human Rights Office of the High Commissioner, human rights experts called on the Nigerian government to release the 22-year-old singer from custody.

“We are deeply concerned over the serious lack of due process in Mr. Sharif-Aminu’s case so far, especially reports that he has been held incommunicado, and that he did not have access to a lawyer during his initial trial, a trial that was not open to the public,” the experts said in a news release.

“Artistic expression of opinion and beliefs, through songs or other media – including those seen to offend religious sensibilities – is protected in accordance with international law. The criminalization of these expressions is unlawful,” the experts added. “Music is not a crime.”

“We are also gravely concerned about Mr. Sharif-Aminu’s safety, in light of the death threats against him. Nigeria must take effective measures to protect Mr. Sharif-Aminu, in detention as well as after his release,” the experts noted.

Sharif-Aminu was convicted of blasphemy against the prophet of Islam by a Sharia court in Nigeria’s northern Kano State on August 10. His home was also burned down on March 4, and he has received death threats after his music circulated via WhatsApp in March.

“This is a travesty of justice. There are serious concerns about the fairness of his trial; and the framing of the charges against him based on his WhatsApp messages. Furthermore the imposition of the death penalty following an unfair trial violates the right to life. Yahaya Sharif-Aminu must be released immediately and unconditionally,” Ojigho said in an August 13 news release.

Amnesty International has also said Nigeria is obligated under the International Covenant on Civil and Political Rights to confine capital punishment to the most serious crimes, which involve intentional killing.

“Furthermore the imposition of the death penalty following an unfair trial violates the right to life. Yahaya Sharif-Aminu must be released immediately and unconditionally,” Ojigho added.

Under Sharia, or Islamic religious law, blasphemy, drinking alcohol, adultery, homosexuality, gambling and any displays of affection outside of marriage are outlawed.