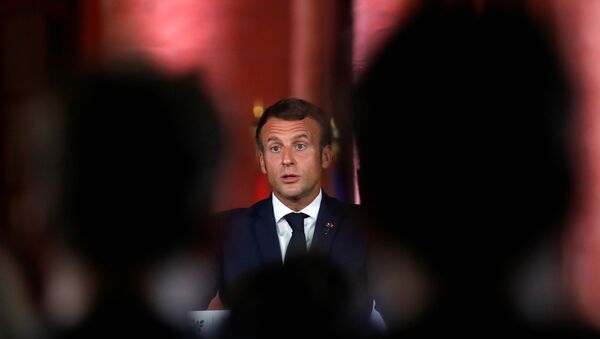 Evgeny Mikhaylov
All materialsWrite to the author
Ankara previously stated that it would support Baku both in negotiations and in combat, also warning that any attack against Azerbaijani territories is an attack against Turkey itself.

French President Emmanuel Macron has slammed the Turkish statements on the conflict in Nagorno-Karabakh as dangerous, "warlike" rhetoric.

"I have noted Turkey's political declarations [in favour of Azerbaijan], which I think are inconsiderate and dangerous", he stressed.

"I will talk with President Putin today, and, I believe, with President Trump tomorrow raising this issue to exchange opinions and suggest a way out of the crisis", the French president stated during a press conference in Riga.

In the meantime, Turkish Foreign Minister Mevlut Cavusoglu has stated that Ankara will do "what is necessary" if Azerbaijan asks it for military support.

"If president Macron is not concerned by the [situation] with Azerbaijani territories, then his solidarity with Armenia means he is backing [their] occupation", Cavusoglu said. 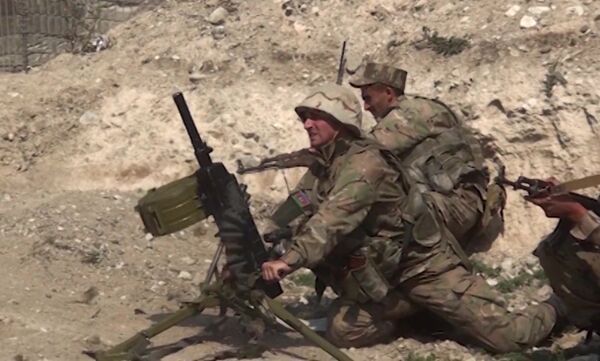 The Turkish foreign minister reiterated his stance, as on Tuesday he also said that Ankara was ready to support Azerbaijan during the escalation.

"We want the issue (of Nagorno-Karabakh - ed.) to be cardinally resolved. We have made a lot of efforts to do this, but everything was in vain. We have always been beside Azerbaijan - both on the battlefield and at the negotiating table. We will continue this solidarity", Cavusoglu said.

He also claimed that Armenia had occupied Azerbaijani territories and that it is unacceptable to equate the two countries.

Clashes between Armenia and Azerbaijan started on Sunday, with both sides accusing each other of aggression along the line of control and declaring mobilisation (partial by Baku, and a full mobilisation by Yerevan). Azerbaijani forces launched a "counter-offensive", claiming that Armenian forces had attacked them first, which Yerevan denied, also noting that Baku had attacked Armenian forces and cities. 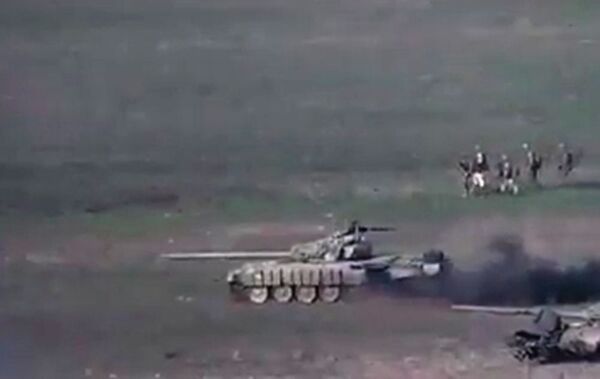 Nagorno-Karabakh, or Artsakh, an Armenian-majority autonomy, proclaimed independence from what was then Soviet Azerbaijan in 1991.
It led to a major military clash that lasted until 1994 when the sides agreed to start peace talks mediated by the OSCE Minsk Group. Karabakh remained an unrecognised state and ties between Baku and Yerevan have remained tense due to the frozen conflict.