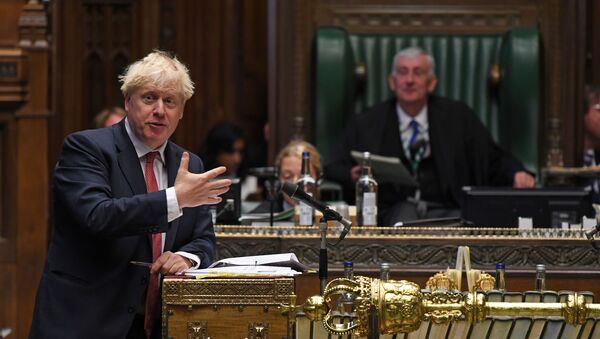 James Tweedie
All materialsWrite to the author
Chancellor of the Exchequer Rishi Sunak announced last week that the UK's furlough support scheme will end on October 31, saying the treasury could no longer afford to keep paying wages for jobs that were no longer 'viable'.

UK Prime Minister Boris Johnson has admitted not every job will survive the end of the furlough scheme at the end of next month.

Speaking at Prime Minister's Questions in Parliament on Wednesday, Johnson was asked about the risk to some 200,000 hospitality jobs in London when the government stops paying up to two-thirds of laid-off worker's wages.

"We're doing everything we can to save every job in the country," Johnson said. "But of course things are tough, and as the chancellor has said, alas we cannot save every job."

Chancellor of the Exchequer Rishi Sunak announced last week that the Job Support Scheme will end on October 31. The scheme has seen the government and employers each pay a third of wages for any hours staff are no longer working due to coronavirus restrictions.

"It's not for me to sit here and make pronouncements upon exactly what job is viable or not," Sunak said, but insisted: "We obviously can't sustain the same level of things that we were doing at the beginning of this crisis."

UK Parliament's Bars Stop Serving Booze at 10pm Despite 'Ridiculous' COVID-19 Exemption
The lockdown imposed in March was mostly lifted over the summer, but a recent rise in new cases has prompted the government to tighten restrictions again, including with a 10pm limit on bar and restaurant opening times.

Also on Wednesday, Parliamentary Speaker Sir Lindsay Hoyle reprimanded the government for failing to consult the House of Commons on the new measures.

"The way in which the government has exercised its powers to make secondary legislation during this crisis has been totally unsatisfactory," Hoyle said, adding some explanations the government had offered on why it had bypassed Parliament showed a "total disregard" for MPs.

But he also refused to allow a vote on Conservative MP Sir Graham Brady's proposed amendment to March's Coronavirus Act that would have required a vote of MPs before any new measures were imposed.

"I now look to the government to rebuild trust with this House and not treat it with the contempt that it has shown," he said.

The Brady amendment was signed by 56 Tory MPs, including Work and Pensions Secretary Sir Iain Duncan Smith, and at least 13 from the opposition parties.