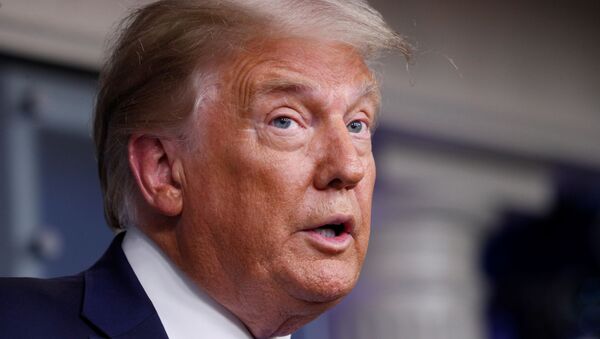 Max Gorbachev
All materialsWrite to the author
Her statements follow the first presidential debate between Trump and Biden, which pundits have described as one of the most bitter and fierce clashes in the history of the United States.

Naomi Biden, granddaughter of Democratic presidential candidate Joe Biden, said she wouldn't have been able to spend 5 minutes with Donald Trump during the presidential without slapping the Republican across the face. Tuesday’s event was full of heated arguments and both Trump and Biden insulted each other several times. The 26-year-old took to Twitter to defend her grandfather’s behaviour doubting that people could spend an hour and a half with Trump without attacking the Republican.

I wouldn't have survived 5 minutes on that stage without slapping him across the face - and I don't think I'm alone in thinking that.

So tell me how someone Trump calls "sleepy joe" and says is on uppers could wade through an hour and a half of this nonsense.

​Naomi also called Trump "the worst president in American history" and repeated an angry statement her grandfather made during the debate with Trump – "will you shut up".

Naomi is the daughter of Biden’s youngest son Hunter, whom Trump repeatedly mentioned during the debate. The Republican reminded the Democrat that his son had been discharged from the military for using cocaine.

"He was thrown out. And he didn't have a job until you became vice president. He made a fortune in Ukraine, in China, in Moscow, in various other places", Trump told Biden.

The Democrat categorically dismissed Trump’s statements saying: "That's not true. None of that is true". Biden also addressed previous allegations made against his son – that he received $3.5 billion from Elena Baturina, a Russian billionaire and wife of the former mayor of Moscow - and spoke about Hunter's tenure at the board of directors of Ukrainian gas company Burisma, which was investigated for corruption.

The first presidential debate was described by pundits as one of the most fierce and bitter clashes in US history. As usually happens both candidates' camps claimed victory in the debate.

The US media, however, contended that if someone lost in the debate it was the American public. The Wall Street Journal described the event as a "depressing spectacle" filled with "interruptions and insults", while CNN called it an "absolutely awful debate".