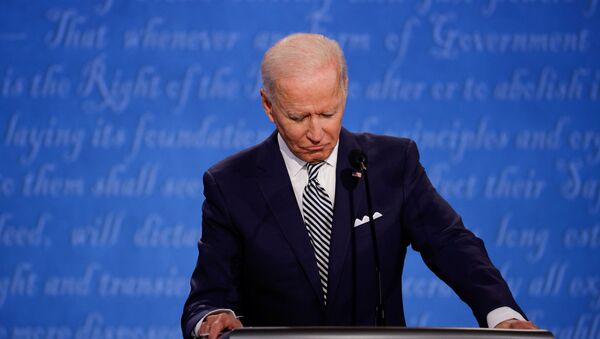 "I am totally opposed to defunding police", Biden said during the debate in Cleveland on Tuesday.

Earlier in June, Biden said he does not support the idea of defunding the US police. His spokesperson Andrew Bates said that the former vice president supported "the urgent need to reform", including "funding community policing programmes that improve relationships between officers and residents".

In the wake of anti-police riots that broke out in the United States following the death of black man George Floyd, protesters have called on the federal government to defund or even dismantle the US police force and redirect funds to other areas, such as education and housing.

Some local authorities, including NYC Mayor Bill de Blasio and Los Angeles Mayor Eric Garcetti, have supported the idea, pledging to divert funding from the local police force to social service programmes, such as youth and health initiatives.

President Donald Trump has opposed strongly defunding or dismantling law enforcement departments, calling instead for establishing law and order in the country.