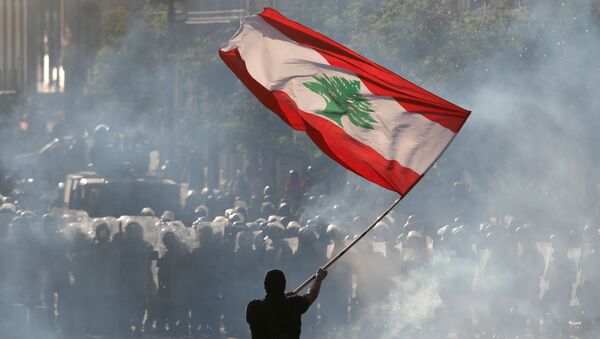 Elizabeth Blade
All materials
Corruption is far from being the only reason for Lebanon's economic woes, thinks a Lebanese journalist, who has been covering the situation for months. Another issue is the sectarianism that still stands in the way of forming a new government.

In Lebanon, President Michel Aoun's predictions appear to be coming to fruition.

Last week, the Lebanese head of state warned that his country would be "going to hell" if it failed to form a functioning government but several days down the line Mustapha Adib, the man tasked with doing exactly that, submitted his resignation, citing his inability to bridge the gaps between the country's multiple players.

Lebanon on the Brink

But for Mohammed Kleit, a Beirut-based journalist and a socio-political activist, Lebanon long ago reached "the gates of hell", after the country failed to manage the acute political and economic crises further exacerbated by the deadly explosion that ripped through the capital's port on 4 August. 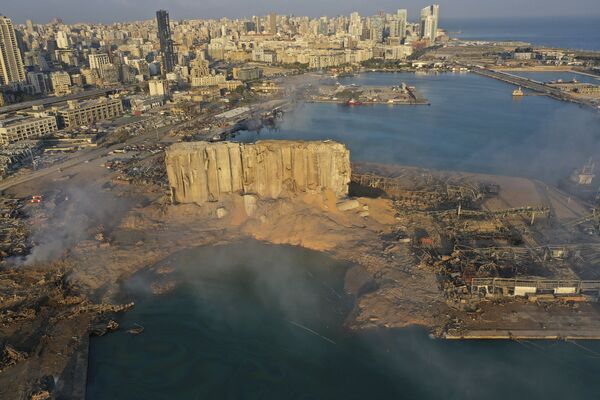 Right now he says the economic situation looks grim for Lebanon. In August, the annual inflation rate surged to 120 percent, a spike from the previous month when it stood at 112.39 percent.

The unemployment rate long ago passed the 30 percent mark, while more than 55 percent of the country's population is trapped in poverty, lacking access to basic necessities.

However dire the current situation might be, Kleit says the future seems even bleaker.

"Inflation rates have already reached those of Venezuela, political tensions resemble those that were in place before the civil war in 1975. And now, when we failed to form a government, it can only get worse. Inflation will continue to climb, so will crime, while sectarian and political hate speech might eventually lead to societal clashes".

Kleit doesn't mince words when analysing the reasons for the current state of affairs in Lebanon.

For him, corruption is Lebanon's biggest problem and even before the current meltdown took place, Lebanese citizens considered their political parties and their parliament amongst the top three most corrupt institutions in the country.

Companies that have been doing business in Lebanon have admitted they needed to bribe civil servants to grease or speed up processes.

But this is not Lebanon's only headache. Another is sectarianism, with Kleit pointing a finger at "all the players involved", accusing them of failing to put their differences aside and work together towards a better future.

Over the years, Lebanon has managed to establish a system that divided power between the three main religious groups that make up the country's population.

The presidency has always been in the hands of Christians, the PM's seat with Sunni Muslims, while the speaker of the country's parliament has traditionally been associated with Shiites Muslims.

The idea was simple: Lebanon tried to establish a system of checks and balances to make sure that all its communities were properly represented. In reality, however, that division only led to a issues, with various groups pulling the rope in their direction in a bid to accumulate more influence.

How Beirut Port Explosion Put Lebanon on the Brink of Survival
Hezbollah and Amal, for example, the two Shiite groups that play a pivotal role in the country's parliament, have started to insist on getting the keys to Lebanon's Finance Ministry, an institution that takes part in many of the nation's paramount decisions.

Those demands have largely gone unanswered because such a change would require constitutional reform, and the Sunni heavyweights of Lebanese politics have so far refused to make other painful concessions like giving up the PM's spot, widening the gap between the two groups even further.

The leadership of the Christian community has also refused to give up on its positions, standing firm on its decision to maintain control over the Lebanese presidency.

"Lebanese political parties weren't willing to compromise the huge benefits and influence they've gained over the past fifty years for the sake of the country's survival", said Kleit, suggesting that sectarian ideologies will continue to dominate the nation's politics.

The problem is that apart from causing instability, these differences also stand in the way of financial aid, which will only be unlocked in the event of a government being formed.

Months before the Beirut port blast, estimated to have cause $4.6 billion worth of damage, Lebanon had been in talks with the International Monetary Fund to get a $10 billion aid package that would help the country end its financial crisis.

The IMF conditioned the transfer of the funds with Lebanon's commitment to implement reforms, just as was the case with a 245 million euro donation arranged by the international community following the deadly explosion in early August.

Now, as Lebanon is still in limbo, those reforms are nowhere in sight and Kleit says that whoever assumes the position of PM, will first need to change the country's "political facade" before taking on the economic challenge.

"When it comes to the economy, Lebanon should step away from the current system that focuses on consumerism rather than production. We need to decrease our dependency on imports, start supporting the local market and invest in renewable energy. It is not an easy task but it is not impossible either".