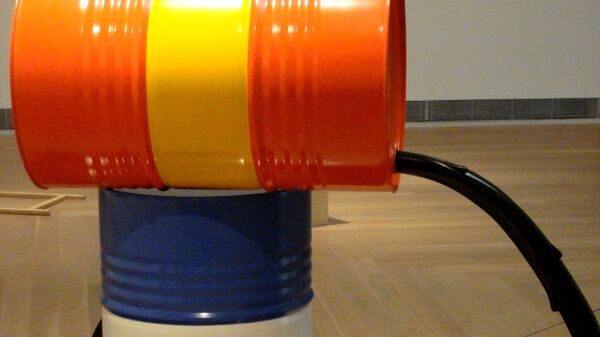 Rishikesh Kumar
All materialsWrite to the author
India has accumulated huge oil reserves during the pandemic, taking advantage of the depressed prices and lack of demand across the world. State-funded strategic crude oil reserves are meant to tackle emergency situations and allow the Modi government to tide over short-term supply disruptions.

The Indian government revealed on Tuesday that it is scouting locations in the US and other countries to store crude oil to nullify the adverse impact on the economy if supply is disrupted for months.

Oil minister Dharmendra Pradhan emphasised that New Delhi has aimed to improve the crude and petroleum products storage capacity from the existing 74 days of national consumption to 90 days.

New Delhi Dodges Claims Iran Dropped India From the Chabahar Rail Project
The minister informed that the country leveraged the depressed prices during the pandemic to fill its existing storage capacity of 5.3 million tonnes (mt) at Visakhapatnam (1.33mt), Mangaluru (1.5 mt), and Padur (2.5mt).

“We invited participation of companies in the development of 6.5 MMT of crude storage capacities at Chandikol and Padur in the next commercial-cum-strategic reserve programme. We are also exploring overseas crude storage facilities in the US and other commercially viable locations”, Pradhan added during his keynote address to the GCTC Energy Security Conference 2020, organised by the Global Counter Terrorism Council.

India, as the world’s third largest consumer of energy, has filled the existing strategic petroleum reserves with 16 million barrels of crude oil at an average price of $19 per barrel, resulting in the saving of over $685 million for the government. Government data suggests the cost of the Indian basket of crude, which comprises Oman, Dubai, and Brent crude, averaged $56.43 and $69.88 per barrel in the financial years 2018 and 2019 respectively.

Earlier, in July this year, India and the US signed a memorandum of understanding (MOU) to begin cooperation on Strategic Petroleum Reserve operations and maintenance, including an exchange of information and best practices.

“They also discussed the possibility of India storing oil in the US Strategic Petroleum Reserve to increase their nation’s strategic oil stockpile", the two countries said in a joint statement.

India has also been in an advanced stage of talks with Saudi Arabia and the United Arab Emirates to participate in New Delhi's strategic oil reserve project.

The minister also revealed that at the height of geopolitical tensions in the Middle East and country-specific restrictions on crude exports during the last year, India had sufficient supplies of crude oil and liquefied natural gas.

“Our oil marketing companies are now importing crude oil from over 30 countries, including from Africa, North and South Americas as well as Southeast Asia. New long-term contracts have been entered into by our companies with their counterparts in the US, Russia and Angola”, the minister underlined the reasons behind the energy security during the geopolitical tensions.