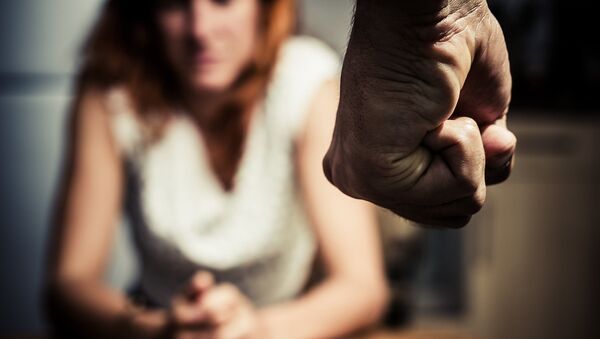 CC BY 2.0 / Flicker /
Subscribe
International
India
Africa
Mohamed Elmaazi
All materialsWrite to the author
Local councils and refuges continue to lack the necessary funding to assist victims of domestic abuse in the UK, and while the upcoming Domestic Abuse Bill offers some important developments it doesn't go far enough, argues Lisa Longstaff of Women Against Rape.

Britain's House of Lords is due to start debating a new domestic abuse bill in October 2020, with the proposed law having already passed through the House of Commons in July of this year. While the legislation has some support a key grass-roots victims' rights organisation is one of several that remains critical of many aspects of the bill.

Lisa Longstaff is a spokesperson for Women Against Rape, which started in 1976. In 1991 its 15-year campaign won the criminalisation of rape in marriage. Ms Longstaff explained to Sputnik what she thinks is positive about the Domestic Abuse Bill 2020 but also why she thinks it "needs to go further".

Sputnik: Describe the key aspects of the Domestic Abuse Bill that you think people should be aware of.

It needs to go further.

It directs local authorities to provide support to victims but commits no government money to help women escape. Given that local authority budgets were slashed under austerity and further decimated by COVID-19, how will they fund such provisions? Women on low incomes (disproportionately women of colour/immigrant and/or disabled), with no money or housing to leave, are more likely to be trapped with violent men.
The Bill doesn’t even provide funding for refuges; even before COVID, 64 per cent of referrals to refuges were declined because of lack of space (2018-19).

Sputnik: Who exactly is going to be impacted by the domestic abuse bill if it becomes law?

Lisa Longstaff: Anyone who reports or is reported for domestic abuse could be impacted. But many women will not benefit, in particular immigrant women who have No Recourse to Public Funds restrictions. They will continue to be denied housing, food and other survival resources; if they call the police they may be deported. With other women’s organisations, we are pressing for immigrant women to be protected by the Bill. See our 90 second film on twitter:

​Sputnik: Which parts of the bill do you support?

Lisa Longstaff: We support extending the definition of domestic abuse to include emotional and economic abuse and the new Domestic Abuse Commissioner, who can amplify women’s demands.

We hope the Bill will put pressure on the police to prioritise the protection of women. Two to three women a week are murdered by partners or ex-partners – many after calling the police several times. Domestic abuse doubled under the COVID lockdown as women were trapped with abusers.

English Domestic Abuse Service Providers Struggle to Cope With Demand Amid COVID-19 - Women's Aid
The UK criminal justice system is structurally sexist, racist and biased in other ways. The Black Lives Matter movement, which has been spearheaded by young women of colour, is highlighting racism but the government and the police refuse to acknowledge it. While they are busy stopping and searching young Black men, rape and domestic violence, including of women of colour, are neglected. The conviction rate is now so low that rapists have impunity.

Sputnik: What aspects of the current bill do you oppose?

Lisa Longstaff: We are concerned about what’s not in the Bill. We are pressing for it to: recognise that victims are overwhelmingly women; extend protections to immigrant and disabled women; stop violent men using the family courts to terrorise women and children.

The Bill is gender–neutral, ignoring that 92 per cent of prosecutions for domestic abuse were against men; 83 per cent of victims were women [see Office of National Statistics, for the year ending March 2018]. Attackers often blame women and, as with rape, the police often side with men rather than with women. The Bill could result in women who report facing harsher police action and prison, rather than the over 90 per cent of perpetrators who are men. The women’s movement demands that the Bill follows the Istanbul Convention, recognising domestic violence as a crime that overwhelmingly women must be protected from.

Mothers who are in the family courts to protect their children will no longer be cross examined by abusive ex-partners. But the Bill leaves out major injustices we have been raising, which were confirmed by the Ministry of Justice Review. The Review found that sexism, racism, disability and class discrimination are rife and that the family courts regularly grant violent men access to children.

The Bill includes children who witnessed domestic violence in the definition of “victims”. We are worried this may be used to remove children from their mothers. The family courts have been criticised for accusing mothers who report domestic violence of either lying or of “failing to protect” their children.

Sputnik: Many people may consider the legal presumption in favour of contact to be logical and in the best interests of parents and their children. Why do you oppose it?

Lisa Longstaff: Family courts routinely insist that a father’s violence (even when he’s been convicted) is irrelevant to his contact with children; they even dismiss child abuse, sometimes with deadly consequences (see the report 19 Child Homicides by Women's Aid). Children who refuse to see their fathers are dismissed. Mothers who object to contact because of potential harm to the children, especially when the violence is sexual, are accused of “parental alienation”. These men are domestic violence deniers and some have links with the white supremacist extreme right in a number of countries. Children must be protected from them.

We’re part of the Support Not Separation Coalition which campaigns to stop the unwarranted removal of children from their mothers. Many men support us; any caring father knows that children need their mother’s love and protection. We’re active in a national and international movement of mothers. In the Bronx, US, there have been Black Families Matter marches, as part of the Black Lives Matter movement, against social workers backed by police using poverty to assume “neglect” and take children from their families.

Sputnik: What do you think this legal presumption should be replaced with?

Lisa Longstaff: If the presumption of contact is removed, as we think it should be, each case would be considered individually.

Sputnik: Explain the “rough sex defence” and what the current bill says about them?

Lisa Longstaff: The “rough sex defence” is used to claim that the woman died accidentally during consenting “rough sex”. In rape cases, such a defence is not new. Many men get away with rape despite the woman’s horrific injuries by claiming “she likes rough sex”. It is based on the sexist assumption that women commonly lie about rape. A victim’s sexual history is still being raised in court to discredit evidence of rape. We have campaigned for such evidence to be banned, especially when it relates to men other than the accused, but the restrictions are not enough. Police trawling through victims’ social media is the latest excuse to drop rape charges.

Sputnik: Why shouldn’t it be up to a jury to decide whether a defence is legitimate. Don't blanket bans undermine a defendant's rights?

Lisa Longstaff: Juries depend on the evidence that is presented to them. The biases of police, prosecutors and judges have been instrumental in guilty men getting away with it. The “rough sex defence” perpetrates these biases.

For decades we have campaigned against sexism in the law while opposing proposals that undermined defendants’ rights and/or jury trials. Rape and domestic violence have been used for political, racist or other purposes. We have spoken out against allegations of sexual assault (now dropped) being manipulated to extradite Julian Assange to the US for his Wikileaks exposures of rape and murder by the state in Afghanistan, Iraq and elsewhere.

There is no justice for women if men are convicted of crimes they have not committed. But violent men enjoy near impunity – the “rough sex defence” is one example – and must be stopped.

More information on the Domestic Abuse Bill and can be found at https://womenagainstrape.net/domestic-abuse-bill/ and on the Support Not Separation Coalition at https://supportnotseparation.blog. Women Against Rape can also be followed on Twitter via @Againstrape.