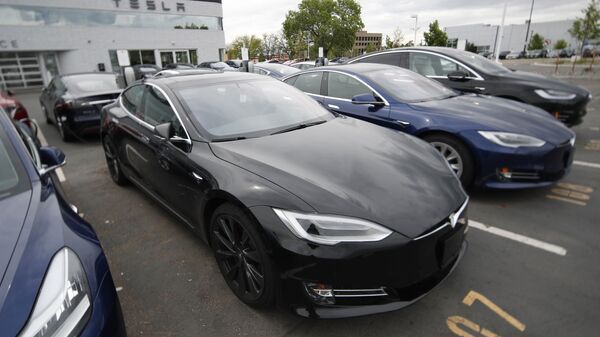 The California state government and President Donald Trump's federal administration have been locked in a legal tussle since last year over whether the state should have the right to set its own vehicle emissions limits.

The US Environmental Protection Agency has raised "serious questions" over California's plan to make all new cars emission-free within 15 years.

Wheeler said the plan "raises serious questions regarding its legality and practicality" and said it could impact the state's electrical grid.

"California’s record of rolling blackouts – unprecedented in size and scope – coupled with recent requests to neighboring states for power begs the question of how you expect to run an electric car fleet that will come with significant increases in electricity demand, when you can’t even keep the lights on today," Wheeler wrote.

The federal official added that Newsom's order, signed last week, was unlikely to be enforceable by the California Air Resources Board without the approval of the EPA, since President Donald Trump's administration abolished the state's control over emissions standards in 2019. The issue is the subject of an ongoing legal battle in the Federal appeals court.

California Leads Fight to Block Trump Plan to Scrap Methane Emission Limits
The order from the California governor, a Democrat, was the first for any US state, although France and Germany have also set future cut-off dates for new hydrocarbon-fuelled cars.

Newsom said the ban would not apply to existing cars, which could still be sold second-hand. But he insisted the move was necessary, as half the state's greenhouse gas emissions come from transport.

“Of all the simultaneous crises that we face as a state…none is more forceful than the issue of the climate crisis,” the governor said last week. “What we’re advancing here today is a strategy to address that crisis head on, to be as bold as the problem is big.”

But the White House criticised the ban as an example of the nanny state in action.

The ban would also benefit makers of electric cars such as California-based Tesla Motors.