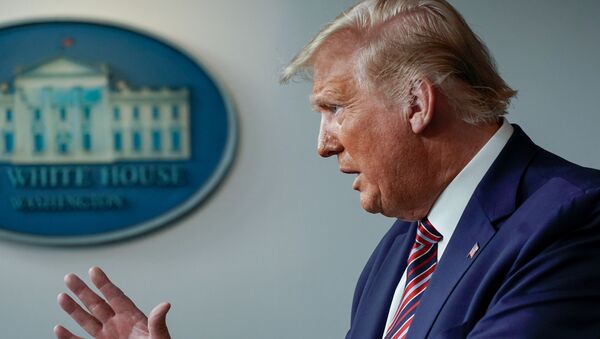 Lilia Dergacheva
All materialsWrite to the author
James O'Keefe of the conservative media platform Project Veritas over the weekend claimed that supporters of Democratic congresswoman Ilhan Omar, central to her political base in Minnesota, illegally harvested ballots during a recent Minneapolis City Council election.

President Donald Trump took to Twitter in the early hours of Monday demanding that the Justice Department look into Democratic Rep. Ilhan Omar of Minnesota for alleged "ballot harvesting".

This is totally illegal. Hope that the U.S. Attorney in Minnesota has this, and other of her many misdeeds, under serious review??? If not, why not??? We will win Minnesota because of her, and law enforcement. Saved Minneapolis & Iron O Range! https://t.co/yete31P680

"This is totally illegal. Hope that the US Attorney in Minnesota has this, and other of her many misdeeds, under serious review???", the president fumed.

In a new series of investigative reports, Project Veritas' undercover team has claimed there is a ballot harvesting scheme involving what has been referred to as the Ilhan Omar "political machine".

A former campaign worker said the representative's team of allies and associates have turned voter fraud into a well established and coordinated process for application, registering, and subsequent tracking of the harvested ballots from collection to delivery to the polls.

"They have perfected this system", a source told the conservative Project Veritas, namely its founder, journalist James O'Keefe.

"This is what they do. They will tell you we are applying for your ballot. They take a picture of your social security and your driver's license. They have a database. When the ballot comes, they track it, sometimes, they make fake emails. They track the ballot. Then, they come and pick up the ballot—unopened", she shared.

The source continued to say that there certainly is "vested interest", admitting that "we are victims of the system". "They [the Omar political machine] don't give a s**t about any Somali", she added, referencing the community the Somali-born naturalised lawmaker supposedly represents as a rising power broker.

O'Keefe released a video claiming that Liban Mohamed, the brother of Minneapolis City Councilman Jamal Osman, cheated the public, by unlawfully dropping off some 300 ballots in the 11 August election for a vacant Ward 6 City Council race. It was held the same day as the primary for Omar's MN-05 seat in Congress, with Ward 6 being treated as the heart of Minneapolis' Somali community and Omar's political base. 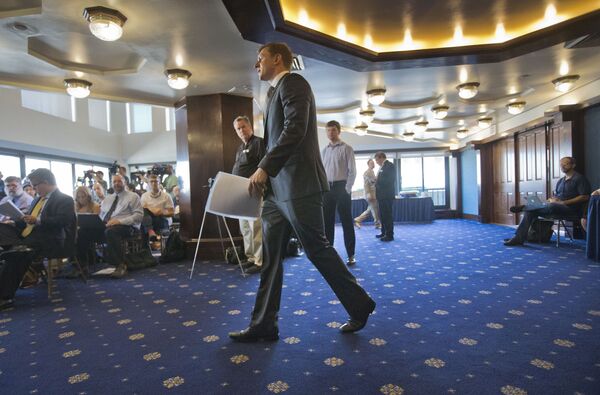 James O'Keefe, President of Project Veritas Action, walls to the podium to speak at a news conference at the National Press Club in Washington (File)
© AP Photo / Pablo Martinez Monsivais

The man alleged in the video to be Mohamed told Omar Jamal, a political insider active in the Somali community, that his political methods are all interwoven with money.

Mohamed later tweeted his response, claiming O'Keefe had doctored the video and that the voice heard on the Project Veritas was not his.

Jamal also interviewed a Somali-American who is purported to have functioned as a ballot harvester in his community. In the interview, the alleged harvester claimed he had been paid to vote in the 11 August special election and primary, along with a Project Veritas undercover journalist.

The harvester said Ilhan Omar's Somali-American vote-buying staffers came to his apartment to oversee the voter filling out the paperwork. Omar operatives request the ballots and fill them out for the voters, he said, particularly targeting the elderly and the handicapped.

Political groups and campaigns from both sides of the aisle have run so-called "ballot-collection" programmes, legal in a majority of states, and aimed at boosting turnout and ensuring voters who are older, homebound, disabled, or live far from US postal services can vote in elections.

Donald Trump and the GOP contend "ballot harvesting", which is conducted by a third party, opens back doors for fraud and have relentlessly scrambled to restrict it. The debate has further escalated as states prepare for greater reliance on absentee voting or vote-by-mail amid the still raging healthcare crisis.

In Minnesota, one of several key swing states in the upcoming election, the law stipulates that a third party can return no more than three ballots. Meanwhile, California has since 2016 allowed for a third party to collect an unlimited number of ballots from voters, though it does bar the collectors from being paid based on the number of ballots they process.

The row over the legality of such practices has recently seen Republicans and Democrats even square off in lawsuits over the third-party collection of ballots in Pennsylvania, Florida, and Minnesota.