Settlement on Korean Peninsula Should Move From Words to Deeds, Russian FM Says 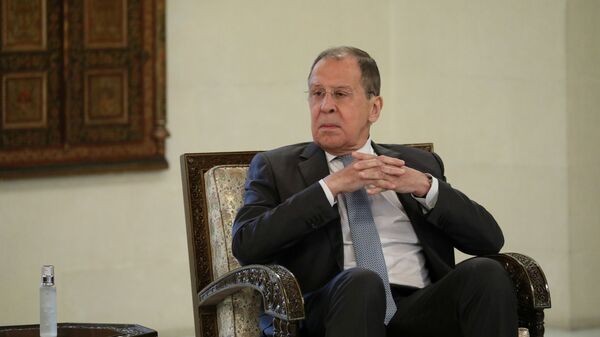 Lavrov said Russia had invariably advocated the continuation of the joint negotiation process to resolve the entire set of problems on the Korean Peninsula, including nuclear. The minister said Moscow had supported the efforts of Pyongyang, Seoul and Washington to normalise inter-Korean and US-North Korean relations, and assisted partners in their constructive endeavours.

"At the same time, it is important to move from words to deeds, to the practical implementation of the agreements already reached", Lavrov said in an interview with South Korea's Yonhap news agency. Over the past years, there have been many of them - the Joint Statement of the leaders of the DPRK and the United States in Singapore, the Panmunjom and Pyongyang Declarations of President Moon Jae-in and DPRK State Council Chairman Kim Jong Un".

"Unfortunately, when it came to putting their provisions into practice, it turned out that the parties were not ready for this", he added.

Lavrov said this had caused a loss of interest in subsequent contacts.

"We continue to persuade our partners to simultaneously take small but real steps to meet each other halfway. We are convinced that South and North Korea, like the United States and the DPRK, should focus on normalising bilateral relations and strengthening mutual trust instead of trying to solve the entire range of long-standing problems of the subregion at once and only among themselves", he said.

According to the Russian Foreign Ministry, issues of the final political settlement on the Korean Peninsula should be addressed by South Korea and North Korea with UN assistance.

Lavrov added that in 2017, Russia and China presented a road map for the Korean settlement. Despite the "well-known difficulties" in the negotiations, he said, the parties have reached the third stage of the document implementation - the resumption of multilateral cooperation to resolve the entire range of problems on the peninsula.

"Guided by this logic, we began to develop an appropriate plan of action in 2019, in which we tried to outline the future joint steps of the states involved in four main dimensions: military, political, economic and humanitarian", Lavrov said.

He added these joint steps could be made in parallel in order to achieve progress in solving certain problems without artificially linking them to each other, but "may require the organisation of work in various formats".