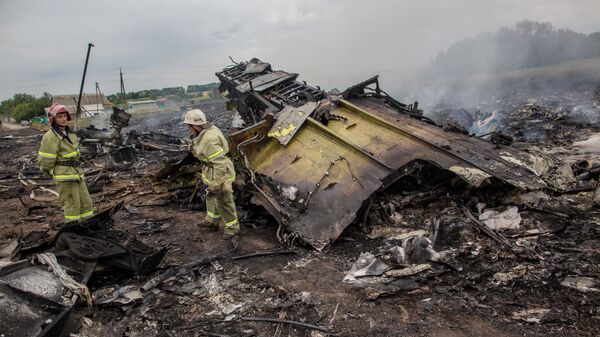 Evgeny Mikhaylov
All materialsWrite to the author
Hearings in the MH17 crash case initially resumed in late August and it was expected that the first session of the hearings would last until 11 September, however, the presiding judge set the end of September as a new date.

The hearing on the MH17 crash in eastern Ukraine has been postponed until 3 November, the judge said Monday. The delay comes as lawyers for one of the accused, Russian citizen Oleg Pulatov, said that their client wanted to make an official statement in the court, also urging for an additional probe into the incident.

The trial resumed at the Schiphol Judicial Complex (JCS) in the Netherlands, with three Russian nationals (Igor Girkin, Sergey Dubinsky, and Oleg Pulatov) and one Ukrainian citizen (Leonid Kharchenko) facing accusations over the 2014 Malaysia Airlines flight MH17 catastrophe. All four were fighting against Ukrainian forces, defending breakaway republics in 2014.

The aircraft was downed over eastern Ukraine on 17 July 2014 as the self-proclaimed republics in the region were engulfed in an armed conflict with the new government following a violent coup in Kiev earlier that year. All 298 passengers – mostly Dutch citizens – and crew on board died in the crash. 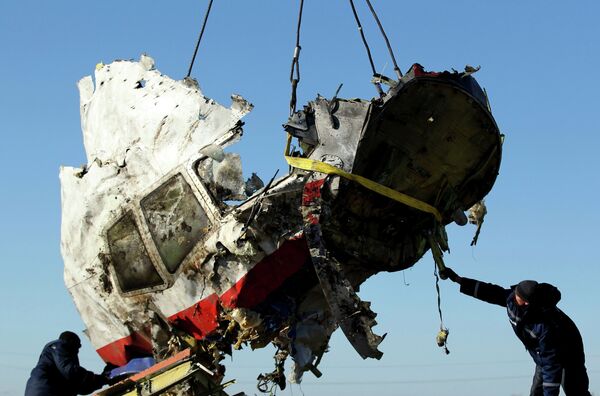 Local workers transport a piece of the Malaysia Airlines flight MH17 wreckage at the site of the plane crash near the village of Hrabove (Grabovo) in Donetsk region, eastern Ukraine November 20, 2014
© REUTERS / Antonio Bronic

The accident is being investigated by Dutch prosecutors and JIT (Joint Investigation Team), who claim that the plane was hit by a Buk missile that belonged to the Russian Armed Forces.

Moscow has repeatedly denied any involvement in the incident and has called the JIT investigation biased, because Russia's evidence showing the plane had been shot down by a Ukrainian Buk missile, proven with radar data, has been ignored by investigators. At the same time, Ukraine has failed to provide any primary radar data, saying that "the radar was not operating at that moment". Moreover, leaked documents from the Dutch Military Intelligence and Security Service (MIVD) showed that Ukrainian missile systems were installed closer to the scene of the incident than any Russian ones, with the plane being out of their range.

In 2018, JIT released a report claiming the missile that shot down MH17 was launched by DPR forces and that the Buk launcher had been delivered from Russia. Moscow stated that the probe was politically motivated, and noting the team had based its claims on unverified social media photos and videos, as well as assertions by the Ukrainian government.