Despite Calls to Support Armenia, India Should Take Its Cues from Russia, Analysts Say 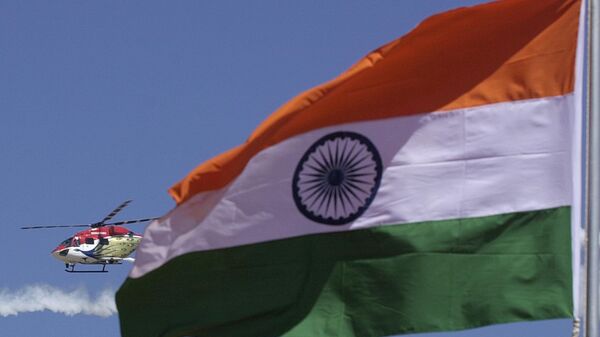 Dhairya Maheshwari
All materials
Both Azerbaijan and Armenia have blamed each other for triggering the latest round of hostilities over the Nagorno-Karabakh region, which has been disputed between the two countries since the 1980s. Major powers, including Russia, Iran, and the US, have called for defusing the tensions. Turkey, on the other hand, has backed Azerbaijan.

A growing number of Indian social media users have called upon the federal government to back Armenia in its ongoing conflict with Azerbaijan over Nagorno-Karabakh, a self-proclaimed republic whose independence is not internationally recognised.

The outpouring of support for Yerevan among Indian social media users is premised on Armenia’s diplomatic support for New Delhi after the abrogation of the temporary special status for the state of Jammu and Kashmir, which is at the centre of India's decades-long dispute with Pakistan.

Indian Russian affairs expert Professor Rajan Kumar, however, told Sputnik that New Delhi’s interests lie in "taking cues" from Russia, which has appealed to both Yerevan and Baku to de-escalate tensions.

“Our policy in the post-Soviet republics has always been to back Moscow. I believe that New Delhi would continue to take its cues from the Kremlin as far as the current conflict is concerned”, opined Kumar, an associate professor at the School of International Studies at the Jawaharlal Nehru University.

The academic recalled that India was one of the first major powers to come out in Moscow’s support over Crimea's reunification with Russia in 2014. “We have recognised Russia's legitimate interests in the region. This should continue”, felt Kumar.

Flashpoint Nagorno-Karabakh: How the Armenian-Azeri Conflict Started and What’s at Stake
India’s then National Security Adviser Shivshankar Menon stated in March 2014 that "legitimate" Russian interests were involved in Crimea, as New Delhi stood behind Moscow amid criticism from Western powers.

Kumar labelled India's stance at the time as a "departure" from its previously "unambiguous" policy in the regional conflicts. “Clearly, more Russian stakes are involved in this conflict than in Syria or Afghanistan. In both the cases, New Delhi has not taken any clear sides”, he noted.

Stressing the complex nature of the current conflict in Nagorno-Karabakh, Kumar also suggested that mediation from regional powers would ultimately force both Azerbaijan and Armenia to come to the negotiating table.

“While Turkey has taken sides with Azerbaijan, it would also be mindful of the fact that Armenia is part of the Collective Security Treaty Organisation (CSTO). I don’t think Ankara would risk the invoking of the treaty, given that it hasn’t been on particularly good footing with its NATO allies”, said Kumar.

India’s Ministry of External Affairs (MEA) called for a "diplomatic resolution" of the Armenia-Azerbaijan border dispute in the wake of the previous flare-up in July this year.

“We urge the sides to maintain restraint and take all possible steps to maintain peace at the border. India believes that any lasting resolution of the conflict can only be achieved peacefully through diplomatic negotiations”, the MEA said at the time.

Dr Sumant Swain, deputy director at the Eurasian Foundation think tank, told Sputnik that a conflict in the region won't serve New Delhi's interest. "We must not forget that the our International North-South Transport Corridor passes through the region. Mediation, probably by Russia, can be the only way forward from here", he said.

The International North-South Transport Corridor (INSTC), once fully operational, will bring down the transportation time between India and Russia, Central Asian countries, by almost 50 percent, India’s former External Affairs Minister Sushma Swaraj said in 2015. The INSTC would also make trade more economical between India and energy-rich Central Asia and beyond, according to the Indian government’s assessment.

Armenian Prime Minister Nikol Pashinyan expressed his support for India in the Kashmir dispute, while talking to an Indian news channel on the side-lines of the United Nations General Assembly (UNGA) last year.

Armenia stood with india. Time to help our friend when in need

​India’s Ambassador to Armenia K.D. Dewal on 24 September met Head of Police Colonel Vahe Ghazaryan to discuss "issues of mutual interest", according to the Indian mission.

Azerbaijan, on the other hand, has been vocal about its support for Pakistan and has backed Islamabad’s calls denouncing "atrocities" in the Indian-administered part of Kashmir.

“Azerbaijan considers Pakistan its close friend and would continue to support it at every forum”, Azerbaijan's President Ilham Aliyev stated in a press release in May this year.