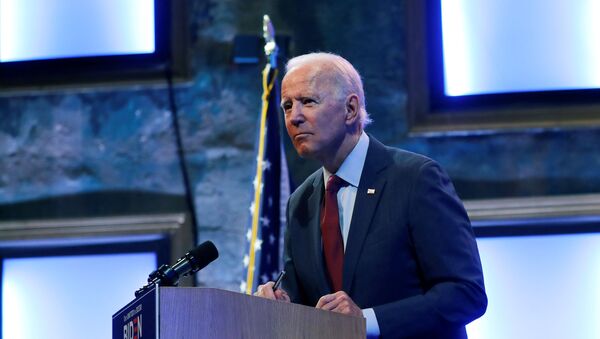 Oleg Burunov
All materialsWrite to the author
In late March, Ron Klain lashed out at the US government over what he described as a slow response to the COVID-19 pandemic, which Klain claimed has put the country on the "path to becoming the worst outbreak" in the world.

The Hill has cited unnamed sources as saying that Ron Klain, senior adviser to Joe Biden's presidential campaign, remains a "vital asset" to the former US vice president, who is due to face incumbent Donald Trump in the first presidential debate on Tuesday night.

"He knows Biden's strengths and weaknesses to the letter. No one can help Biden prepare for this moment better than Ron", one of the sources argued, referring to Klain, Biden's former chief of staff.

The source described the moment as something that comes at a time when many areas of Klain's expertise "are at the forefront of the national conversation". 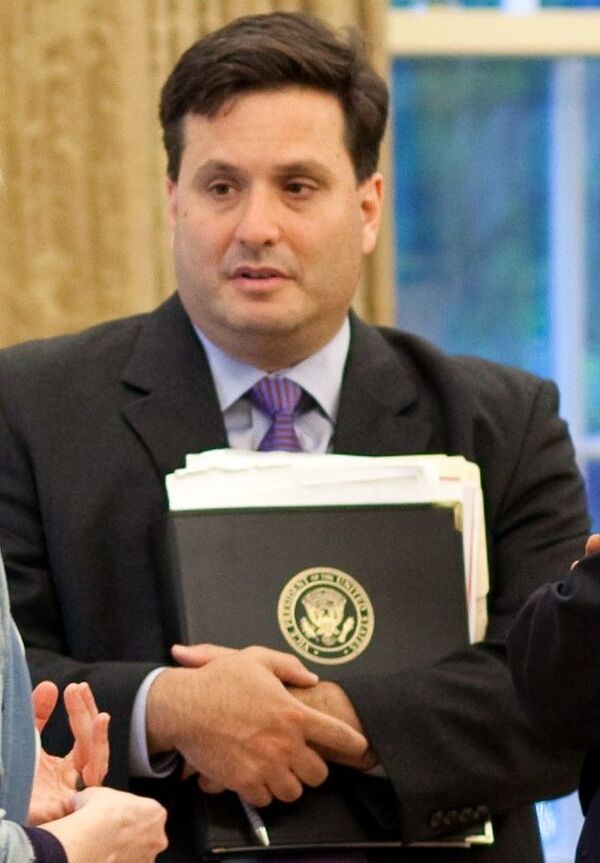 "It's pretty astonishing how Ron's capacities and experience have converged at this moment. We've got a global pandemic and he helped prevent the last one, an economic crisis and he helped design the recovery from the last one, a Supreme Court nomination and he's managed several", another insider asserted.

They touted Klain as a person who "knows what will work for him [Biden] better than almost anyone and he's not afraid to tell the [former] VP exactly what he's thinking and what he thinks isn't working".

According to the sources, "it's not just his [Klain's] intellectual command of the issues but the fact that he has lived experience in government making things happen".

The remarks came after Klain in late March hit out at what he dubbed the Trump administration's poor response to the coronavirus pandemic, also urging voters to "think about what kind of president you want to have running your country".

In a video published in late March, the 59-year-old also described himself as a man who "has led a response like this and has worked with Joe Biden for more than 30 years". Klain insisted that Biden "would know what to do when something happens again like this in the future" and that "he wouldn't mess it up like our current president has".

Over the past few weeks, Klain has reportedly been part of Biden's close group of advisers, who fired questions at the Democratic presidential hopeful during presidential debate drills.

'Taken More Than 100 Years': Biden Bashed Online Over Campaign Speech 'Coronavirus Blunder'
From late 2014 to early 2015, Biden's senior adviser served as the US Ebola response coordinator under former President Barack Obama and was widely known at the time as the "Ebola czar".

Trump announced Amy Coney Barrett as his Supreme Court nomination pick last week after Ginsburg died of cancer complications on 18 September, in a move that angered Democrats who have repeatedly insisted that the new Supreme Court Justice should only be nominated after the 3 November presidential elections.

The first debates between Trump and Biden are scheduled to be held at Case Western University and the Cleveland Clinic in Cleveland, Ohio on 29 September. The debates will be split into 15-minute segments, focused on for a wide array of topics.

Earlier, Joe Biden's deputy campaign manager Kate Bedingfield responded to Trump's demand for a drug test for himself and the former VP in the run-up to the Tuesday night event.

"Vice President Biden intends to deliver his debate answers in words. If the president thinks his best case is made in urine he can have at it. We'd expect nothing less from Donald Trump, who pissed away the chance to protect the lives of 200K Americans when he didn't make a plan to stop COVID-19", Bedingfield noted.

Last week, POTUS called for a "Drug Test of Sleepy Joe Biden prior to, or after, the debate on Tuesday night", saying that the Democratic candidate's campaign performances have been "record-setting uneven", and adding it may be a result of using medications.