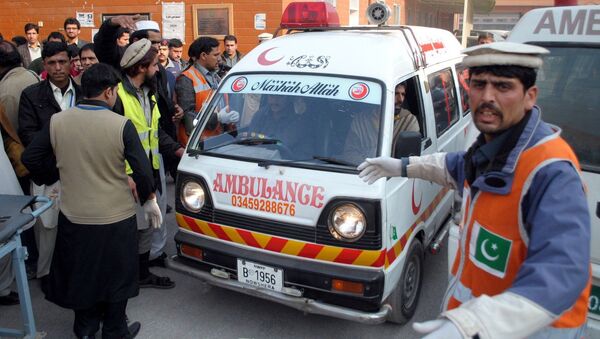 MOSCOW (Sputnik) - At least 13 people were killed in a road accident involving a passenger van in Pakistan’s Sindh province, the Dawn newspaper reports.

The accident occurred on Saturday night, when a passenger van carrying at least 20 people overturned and caught fire on the Karachi-Hyderabad Motorway, police told the newspaper.

According to police, the seven survivors include the van driver and a child. Five people were taken to a hospital.

Nooriabad Deputy Superintendent of Police Nazar Deeshak said, cited by the newspaper, that the van was on its way to Karachi from Hyderabad. The accident occurred 63 kilometers (39 miles) from Hyderabad.

Police said the passenger van overturned and caught fire after taking a number of turns and bouncing off the road.