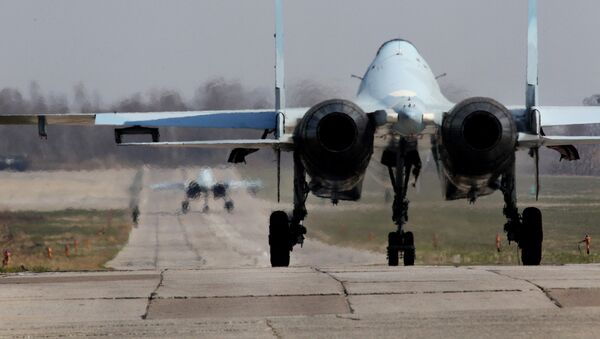 © Sputnik / Vitaliy Ankov
/
Go to the photo bank
Subscribe
Ilya Tsukanov
All materialsWrite to the author
Last week, Alaskan Senator Dan Sullivan announced that the US Air Force would deploy 150 F-22 and F-35 fighter jets to his state, and said that they, as well as the construction of America's first deepwater port in the Arctic Circle, will send a ‘message’ to Russia and China about US power projection capabilities in the Arctic.

The 150 Lockheed Martin F-22 Raptor and F-35 Lightning II jets expected to be deployed to Alaska will constitute one of the largest, if not the biggest single US deployment of fifth-generation stealth fighters anywhere in the world, given estimates that the Air Force at present operates 187 F-22s and fewer than 250 F-35s in total.

The 356th Fighter Squadron at Eielson Air Force Base in central Alaska received its first two F-35s in April, with four more on loan from Hill Air Force Base in Utah for training purposes. The 356th was reactivated in October 2019, becoming both the northernmost US fighter squadron, and said to be capable of targeting any part of either Europe or the Asia-Pacific region, according to military officials.

By late next year, Eielson is expected to beef up its personnel numbers, with about 1,500 airmen set to arrive on base by December 2021, nearly doubling the existing contingent of 1,750 active-duty personnel. Some 54 F-35s (two squadrons' worth) are expected to be delivered in the same period. The Pentagon expects to spend some $500 million on base construction to accommodate the new troops and aircraft, including 41 facilities being built from scratch or refurbished. 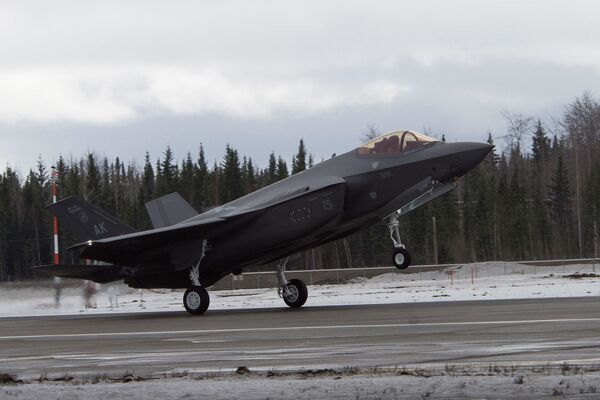 The first F-35A Lightning II assigned to the 354th Fighter Wing lands at Eielson Air Force Base, Alaska, April 21, 2020. A total of 54 F-35As will be stationed at Eielson AFB by the end of 2021, which will make Alaska the most concentrated state for combat-coded fifth-generation aircraft
© Staff Sgt. Zade Vadnais

Alaska is home to the Eleventh Air Force, which includes the large 3rd Wing operating out of Joint Base Elmendorf-Richardson in Anchorage, the Eielson-based 354th Fighter Wing, consisting of F-16 fighters, the 36th Wing in Guam, the 611th Air and Space Operations Center and Air Support Group, also based at Elmendorf-Richardson, as well as air and missile defence and logistics forces, plus the 168th Air Refueling Wing and 176th Wing of the Alaska Air National Guard, stationed at Eielson and Elmendorf-Richardson, respectively.

The Eleventh Air Force is the US’s largest air contingent in the Northern Pacific, with the base at Eielson being the closest permanent American military airfield located near the Russian border, which is about 1,000 km to the base’s west. Its aircraft are tasked with patrolling the waters in the Bering Sea, engaging in radar surveillance of Russia’s Far East, and intercepting Russian aircraft operating nearby. 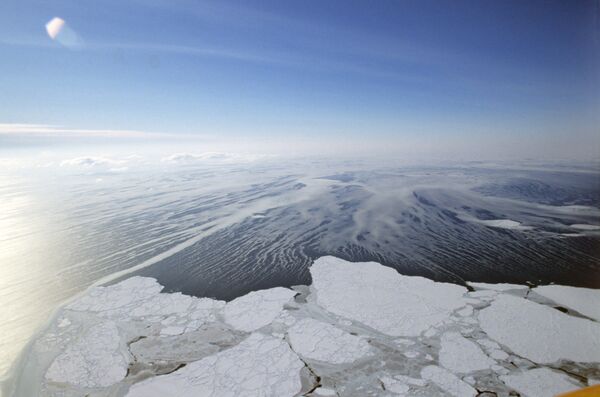 Compared with the air presence, the US military’s ground forces in Alaska are limited, with only two infantry brigades equipped with artillery and Stryker armoured personnel carriers, plus the Coast Guard, assigned to defend the state. Until recently, the US has been unable to set up a major naval base in the region because of the lack of large icebreaking ships and deepwater port facilities.

That’s expected to change in the near future, with the Army Corps of Engineers approving $618 million in funding to expand the Port at Nome, western Alaska into a deepwater port on June 1, and the plan is now heading to Congress for federal approval.

In late May, Alaskan Senator Dan Sullivan told a panel hosted by the Woodrow Wilson Center Polar Institute that his fellow lawmakers in Washington are starting to recognise the need for the US to expand its military footprint in the Arctic as Russia and China continue to develop fleets of icebreakers and beef up their presence in a region which is home to vast stores of untapped energy and mineral resources. 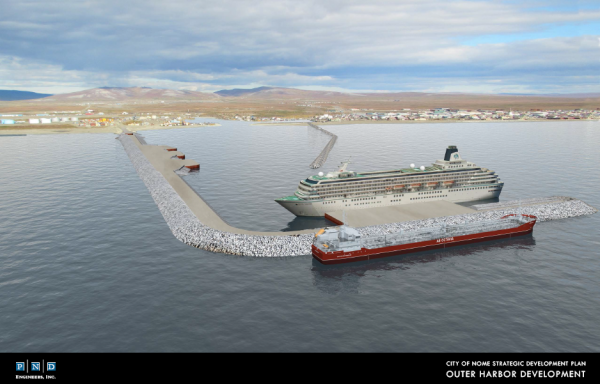 Model rendering for the design of a potential Arctic Deep Draft Port in Nome. Photo from Port of Nome.
© Photo : PND Engineers

The View From Across the Strait

Asked to comment on the US military buildup, Major General Vladimir Popov, Honoured Military Pilot of Russia, told Sputnik that from the point of view of air defence, Alaska is already well-guarded by NORAD’s aerospace defence system, with its combat aviation serving as the main strike potential.

“Alaska is remote from the US mainland, but is an outpost in relation to Russia – we are separated only by a strait, and the border is literally within the line of sight,” Popov said. “This is a strategic region for the US. Adding 150 more fighters would at least double the combat potential of the existing forces there. But their limited range means that they are mainly intended for defence. The stealth fighters will likely carry out functions related to air defence, protecting objects across Alaskan territory, or escorting reconnaissance aircraft.”

Russia’s regional air power is far more modest, Popov noted, pointing to the contingents of interceptors based at Kamchatka, Sakhalin and the Naval Aviation component of the North Fleet.

“If you put all these aircraft together, you get a maximum of one aviation regiment,” ie, about 60-63 planes, the officer said. “In terms of combat strength, our forces are inferior to those of the Americans. Therefore, they don’t have anything to fear – we don’t attempt to demonstrate superiority on Alaska’s borders. Our strategy is defensive – to protect our territory only air defence and radar control systems have been deployed,” he stressed.

Popov warned that once the US builds its contingent, Moscow will be forced to take adequate steps in response, with work on the Northern Sea Route already accommodating plans to restore airfields for fighters and interceptors, as well as upgrades to air defences, and the outfitting of local ground forces with new equipment.

For his part, veteran Russian military observer and Captain 1st Rank Dr. Konstantin Sivkov, suggested that although the F-35 deployment near Russia is a serious threat, the Russian military has the resources to neutralise it. The expert pointed out that although the US jets have a theoretical capability to cover the entire Kamchatka Peninsula, Russia’s MiG-31BM interceptor jets, armed with ultra-long-range R-37 long-range air-to-air missiles, assisted by ground-based VHF radar systems, should be able to deal with them. 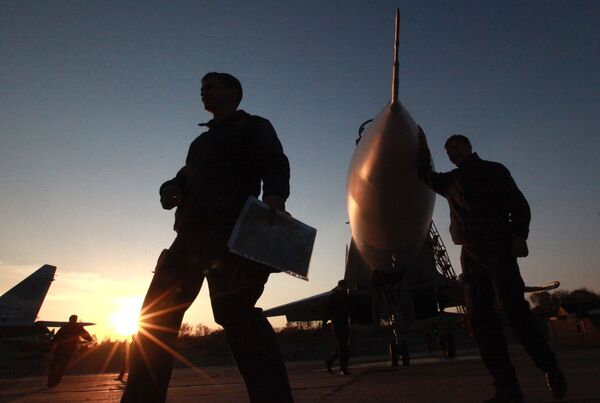 Wing of Eastern Military District receives two new Su-30 M2 fighters
© Sputnik / Vitaliy Ankov
/
Go to the photo bank
000000
Popular comments
Amerika will soon run out of Paper and Ink and won't be able to print any more of that Toilet Paper!!.