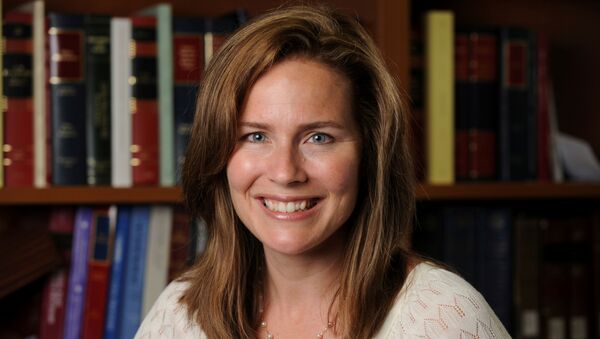 © REUTERS / MATT CASHORE/NOTRE DAME
Subscribe
Svetlana Ekimenko
All materialsWrite to the author
Earlier, reports emerged suggesting that US President Donald Trump would be nominating Judge Amy Coney Barrett, of the US Court of Appeals for the 7th Circuit, to fill the seat of late Associate Justice of the Supreme Court of the United States Ruth Bader Ginsburg.

As the US President Donald Trump is expected to announce his pick to replace the late Ruth Bader Ginsburg, who died last Friday of pancreatic cancer at the age of 87, "Real Time" host Bill Maher lambasted the reportedly likely Supreme Court nominee Judge Amy Coney Barrett. 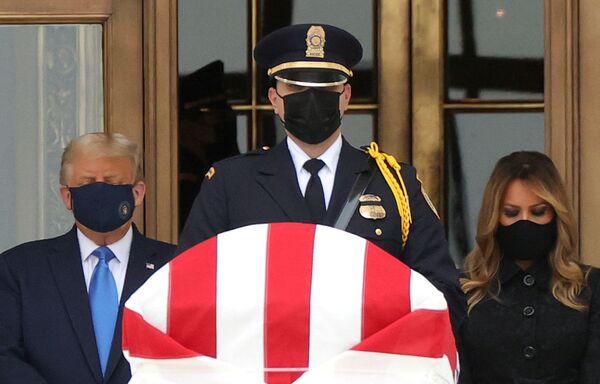 During his opening monologue on Friday night, Mahler warned about the dire consequences that may follow her confirmation.

The American comedian and political commentator, who seemed to be struggling to correctly pronounce the potential SCOTUS candidate’s name, tore into Barrett for her religious beliefs, reported Fox News.

"We'll be saying this name a lot I'm sure because she's a f---ing nut… Religion -- I was right about that one too. I'm sorry, but Amy [Coney] Barrett, Catholic -- really Catholic. I mean really, really Catholic -- like speaking in tongues. Like she doesn't believe in condoms, which is what she has in common with Trump because he doesn't either. I remember that from Stormy Daniels."

Maher reiterated that "power begets power" ahead of the November presidential election, saying:

"When Democrats lose elections, they lose the ability to appoint judges. Trump has appointed a quarter of the entire federal bench and -- unlike his wives -- that's for life. ... Power is a perpetuating cycle, like when Terminators build more robots."

The host proceeded to ridicule the Democrats for "screaming" about the hypocrisy of Republicans scrambling to fill the vacant SCOTUS seat in an election year. He insisted that they “don’t really care” about the inconsistency, as its "all about power".

Mahler added that "the only rule Republicans play by... is the people who win make the rules. Power talks, losers walk."

The comments came as earlier House Speaker Nancy Pelosi, D-Calif., warned Donald Trump that "we have arrows in our quiver that I'm not about to discuss", referencing her party’s ability to prevent Donald Trump hastily filling the vacant SCOTUS seat. 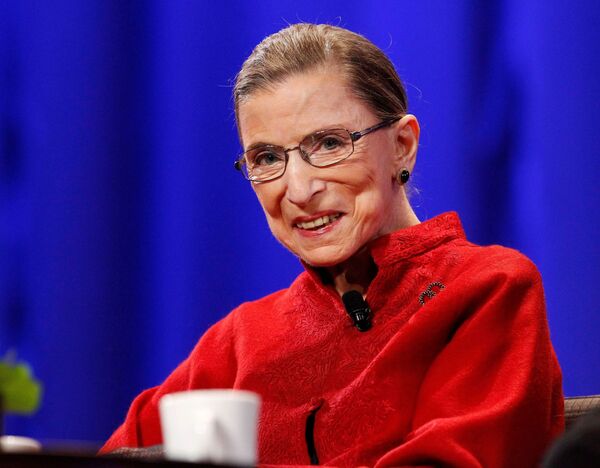 "Great, now Democrats are bringing arrows to a gun fight," Maher responded to Pelosi’s threat, deploring the fact that the Republicans possess the power to “make the court with six conservatives”.

After listing the “good things” that in his opinion a Hillary Clinton presidency might have brought if she had triumphed over Trump in 2016, Mahler said:

"The Supreme Court hears oral arguments to overturn ObamaCare on Nov. 10, once this new justice is seated, ObamaCare is likely gone and after that Roe v. Wade. So I hope you enjoy carrying your rape baby to term -- you can name it Jill Stein," Maher continued.

As he concluded that Democratic presidential hopeful Joe Biden was “far from a perfect candidate”, he claimed that giving him a huge vote total might be “the very last “Hail Mary” pass we have."

Earlier, reports suggested that US President Donald Trump would nominate Judge Amy Coney Barrett, of the US Court of Appeals for the 7th Circuit, to fill the now-vacant seat of late Associate Justice of the Supreme Court of the United States Ruth Bader Ginsburg.

The New York Times, the Associated Press and CBS were among a number of media outlets on Friday citing anonymous sources in the administration and Congressional Republicans as claiming the choice had been made.

“I’m confident [Trump’s] going to make an outstanding nomination… The American people are going to take a look at this nominee and conclude, as we are likely to conclude, that she well deserves to be confirmed to the US supreme court.”

"Judge Amy Coney Barrett is an excellent selection who has shown a rock-solid commitment to originalism and the Constitution."

Coney Barrett, 48, is a strict conservative whose positions on immigration, health care and LGBTQ rights, to name a few, have been sparking concerns among Democrats.

Thus, Senator Dianne Feinstein of California previously claimed Barrett’s legal views were guided by her religious beliefs, as she warned the judge would seek to reverse precedents establishing the right to an abortion.

“The dogma lives loudly with you and that’s a concern,” Feinstein had said at Barrett’s Senate confirmation hearing in 2017.

LGBT groups have underscored Barrett’s reported links to a particularly conservative Christian faith group, People of Praise, that allegedly adheres to the belief that sexual relations should only happen between heterosexual married couples.

If Amy Coney Barrett replaces Ginsburg, she would grant the conservative wing a 6-3 majority.

She would also be the youngest member of the high court, helping maintain a conservative majority for decades.