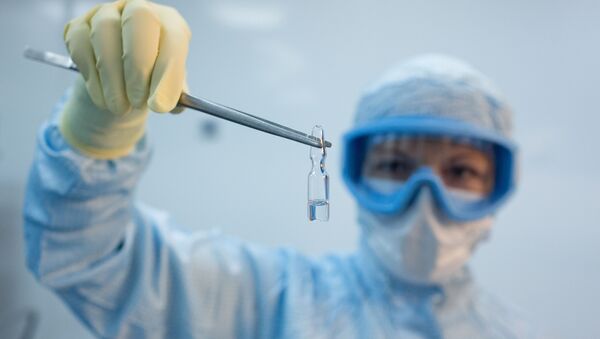 MOSCOW (Sputnik) - Russia’s Gamaleya Research Center head Alexander Gintsburg said that the centre was subjected to hacker attacks some months back when it was developing the Sputnik V COVID-19 vaccine, but refrained from judging their purpose.

"There were hacker attacks, but whether they were related to the vaccine or not, I am not an IT specialist, so I don’t presume to judge the purpose of these attacks professionally. But there were indeed attempts to hack our developers' computers," Gintsburg said in a television appearance on Russia's Rossiya-1 channel on Saturday.

In July, several Western nations accused Russia of standing behind hacker attack they said were intended to steal information on vaccine development efforts. These claims were never substantiated.

The vaccine developed by the Gamaleya Research Institute for Virology and Microbiology, Sputnik V, is so far the furthest ahead in its clinical trials compared to vaccines developed in other countries.