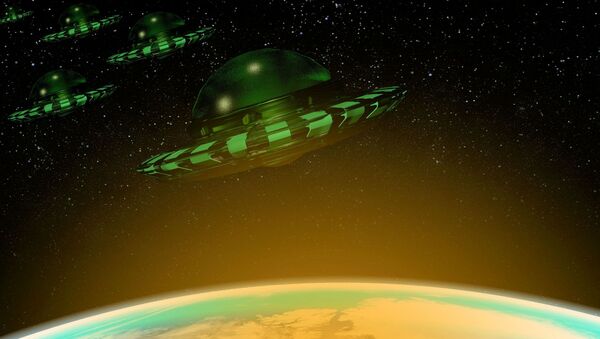 CC0 / /
Subscribe
Svetlana Ekimenko
All materialsWrite to the author
According to reports, 2019 was big on UFO sightings across the United States, with New York reportedly registering a 52 per cent surge in reports, triggering heightened media attention focused on the controversial and fascinating phenomenon.

Skygazers have reported a huge increase in sightings of alleged unidentified flying objects in New York State, according to the National UFO Reporting Center.

The National UFO Reporting Center which is based in the U.S. maintains statistics about global UFO sightings. There were just over 3,700 reported sightings in 2018 and in 2019, there were 6,889. So far in 2020, 4,688 UFO sightings have been reported. pic.twitter.com/ttLfaeVhYH

​While in almost all of 2019 there were some 151 such reports, the first part of 2020, a year that has brought numerous challenges triggered by the COVID-19 pandemic, has witnessed some 84 sightings of reportedly unexplained flying crafts or eerie lights in the skies above state.

The descriptions offered by alleged witnesses to the unusual phenomena range from bright lights and strange sounds to particularly oddly shaped objects.

​A scary account was offered by one person in Staten Island, who is cited to have felt a burning sensation following a UFO sighting.

"And that's when I felt this heat like feeling going through my body… Starting at my head, like some sort of radiation. Burning me like frying me. And that's when I realized it was the craft," said the witness, according to American local news and information platform, patch.com.

Other accounts described “glowing green UFOs” spotted while people had their gazes fixed on the skies to observe the Perseids - a prolific meteor shower associated with the comet Swift–Tuttle. 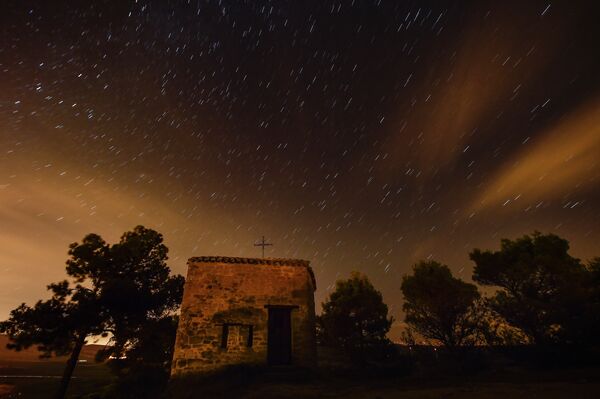 Another witness claims a spotted UFO was accompanied by a sound that resembled a military aircraft.
"The green lights were revolving in a figure eight as the craft moved quickly From east to west towards Manhattan. The military Aircraft that appeared to follow it was very loud,” said the person,

The National UFO Reporting Center claims to have registered thousands of witness accounts of UFOs submitted to the center nationwide.

Ever since Kenneth Arnold, a businessman piloting a small plane, filed the first well-known report in 1947 of an alleged UFO sighting over Mount Rainier in Washington, hunting for alien craft in the skies has fired people’s imaginations.

Back then Arnold claimed he saw nine high-speed, crescent-shaped objects zooming along "like saucers skipping on water," and although his description of the “alien craft” did not suggest saucer-shapes, nevertheless, the analogy is reportedly what popularized the term "flying saucers."

2019 was said to have been a year noted for an increase in UFO sightings across the United States. New York alone was believed to have witnessed a 52 per cent increase from 2018, with some suggesting the spike in media attention was linked with the US Pentagon’s admission of having investigated the phenomenon.

In 2017, three videos featuring a mysterious Tic Tac-shaped unidentified flying object (UFO) being tracked by the US Navy were leaked, purportedly dated to 2004.

The videos became the subject of extensive media coverage and investigation before being spectacularly declassified by the Pentagon in 2020.

000000
Popular comments
Satan with his demons coming to destroy all except those who love God..

CountTo5Manual
26 September 2020, 17:26 GMT
000000
USA-Hollywood science fiction to the limit. The USA is the preferable land so these UFO starts showing on there. Good for the USA plebe people.