CDC: Young Adults Account for More COVID-19 Cases Than Any Other US Age Group 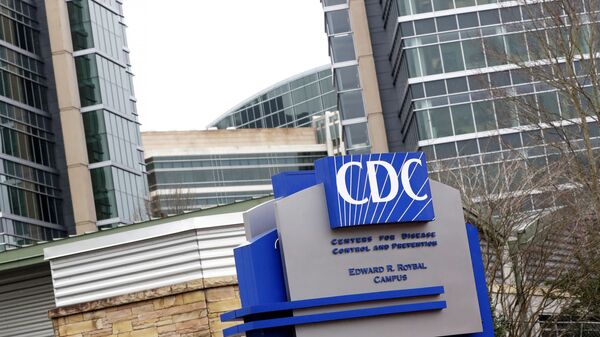 Evan Craighead
All materialsWrite to the author
Young adults aged 20 to 29 accounted for around 20% of all confirmed COVID-19 novel coronavirus cases recorded in the US between June and August, according to a new study from the US Centers for Disease Control and Prevention (CDC).

The Morbidity and Mortality Weekly Report published by the CDC on Wednesday revealed that younger adults in their 20s saw a surge in positive novel coronavirus tests among their ranks during the summer months.

Experts explained that while the risk of fatality is lower in young adults, those carrying the contagious disease “likely contributed to community transmission of COVID-19.”

"This change in infection patterns underscores the need to fortify vulnerable populations, especially those in nursing homes and assisted living centers, to insulate them from chains of viral transmission."

US President Donald Trump has continuously contended that the US is “rounding the turn” in regard to the novel coronavirus.

Keep taking common-sense steps to prevent the spread of the Coronavirus—especially this holiday weekend!

Trump took his self-praise a step further during his September 3 campaign rally at Pennsylvania’s Arnold Palmer Regional Airport, telling supporters that the US, which has now recorded more than 203,000 COVID-19-related deaths, is “years ahead of schedule.”

The event notably violated Pennsylvania state law, which prohibits the public gathering of more than 250 individuals at a single event.

“I'm sorry, but I have to disagree with that,” Fauci told MSNBC’s Andrea Mitchell on September 11. The public health expert argued the US’ COVID-19 statistics - seven months into the pandemic - are actually “disturbing.”

“When you downplay something, that is really a threat,” he added. More than 7 million Americans have contracted COVID-19 since the pandemic began, according to New York Times data.

The US president is heard confessing to the reporter that he “wanted to always play [the pandemic] down.” The March 19 audio also revealed that Trump was well aware that “it’s not just old people” whose lives would be at risk upon infection with the virus.

“Some startling facts came out. It’s not just old, older,” he told Woodward, who acknowledged the scientific findings. “Young people too, plenty of young people.”

When an American voter pressed Trump on those behind-the-scenes comments during a recent virtual town hall with ABC’s George Stephanopoulos, the US president appeared to make a complete pivot in messaging.

“Yeah. Well, I didn’t downplay it. I actually - in many ways I up-played it in terms of action. My action was very strong,” he claimed on September 15, referring to the administration’s travel ban, which, as Stephanopoulos noted, was filled with loopholes.

While Trump privately acknowledged that COVID-19 could negatively impact Americans of all ages back in March, he refused to impose a federal government response to the pandemic while also leading the GOP’s push for in-person schooling to resume in the fall.

As governors rolled out mask mandates and other mitigation efforts over the summer, Trump openly criticized the safety efforts and publicly encouraged unrest via Twitter.

Trump continued to downplay the pandemic and spread misinformation during his Monday campaign rally at Ohio’s Dayton International Airport.

"You know in some states, thousands of people [are infected] - nobody young," Trump erroneously claimed.

"It affects virtually nobody," Trump says of the coronavirus, which has now killed 200,000 Americans and counting pic.twitter.com/qHrZvUWNhX

"Below the age of 18, like nobody. They have a strong immune system, who knows,” he claimed. "But it affects virtually nobody. It's an amazing thing."