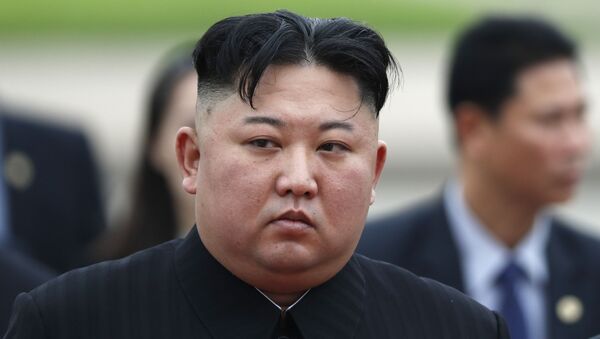 Maxim Minaev
All materialsWrite to the author
On Thursday, the South Korean Defence Ministry accused North Korea of fatally shooting a missing South Korean civilian and burning his body. Seoul also demanded that Pyongyang "provide an explanation and punish those responsible".

The statement suggests that North Korean leader Kim Jong-un has himself apologised for the "unfortunate incident", saying that he was "greatly sorry" in a formal notice sent to his South Korean counterpart. Pyongyang has promised to take measures to prevent such tragedies from happening again.

Pyongyang points out that the shooting incident shouldn't have happened, and that the North Korean leadership hopes that confidence between the two Koreas hasn't been damaged.

While according to media reports Pyongyang shot the South Korean national as part of measures to fight the coronavirus, the North said its troops operating near the western sea border fired more than 10 shots against the South Korean man intruding into the North's waters, in compliance with protocol.

His comments came just hours after the South Korean Defence Ministry said in a statement that Pyongyang had shot a missing South Korean official dead and burned his body. Seoul called on Pyongyang to "provide an explanation and punish those responsible".

"North Korea found the man in its waters and committed an act of brutality by shooting at him and burning his body, according to our military's thorough analysis of diverse intelligence. Our military strongly condemns such a brutal act and strongly urges the North to provide an explanation and punish those responsible", the ministry stated.

Earlier this month, US Forces Korea commander Robert Abrams was quoted by the Bangkok Post as telling an online conference for the Center for Strategic and International Studies (CSIS) that North Korean authorities have issued shoot and kill orders on the border with China to avoid COVID-19 contamination.

North Korea has not officially declared any cases of the coronavirus infection, although “a suspected case” of COVID-19 was reported in the city of Kaesong by the Korean Central News Agency in July. The person with coronavirus symptoms was said to be a defector to South Korea, who had left the country three years ago and then made his way back to the North on 19 July.