US Smuggles Three Dozen Oil Tankers Out of Syria by Dead of Night, Report Claims 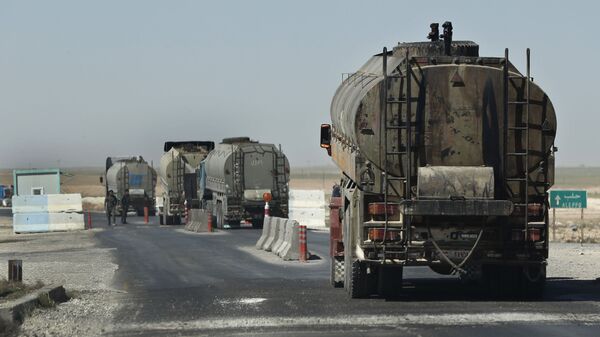 Ilya Tsukanov
All materialsWrite to the author
Northeastern Syria, home to the vast majority of the country’s oil, is also where most US troops in the country are concentrated. Damascus has repeatedly accused US forces and their Kurdish allies of stealing the nation’s oil, with intelligence confirming the shipment of tens of millions of dollars of black gold out of the country every month.

A convoy of 35 tanker trucks from the Jazira region of northeastern Syria has made its way out of the country into northern Iraq, the Syrian Arab News Agency has reported, citing local sources. The convoy reportedly left Hasakah province on Wednesday evening.

Along with the illegal export of Syrian oil, US forces were said to have brought six military vehicles carrying 50 troops from Iraq into Syria, with the forces beefing up the US presence at the makeshift Kharab al-Jeer airport in northeastern Hasakah.

In related news, residents of the village of Tal Sateeh took to the streets in the Qamishli countryside on Thursday, carrying national flags, portraits of Syria’s president, and signs demanding that both Turkish and “Zionist US occupation” forces withdraw from the region immediately, and stop plundering their land, oil and wheat resources.

People of Tal Sateeh village in #Qamishli countryside, #Hasakah, on Thursday organised a gathering against #US and #Turkish occupations, calling on the two occupiers to leave #Syria. pic.twitter.com/9BLEXpEBx0

Protests by local residents escalated a month ago after a Syrian Army soldier was killed at a checkpoint near Tal Al-Zahab village.

The US has been strengthening its presence in Syria in recent weeks, despite promises by President Trump to withdraw from the war-torn country late last year. Last week, US officials and Syrian media reported the delivery of additional troops and vehicles into the country from neighbouring Iraq.

Last year, Russian military intelligence released a report on US oil-smuggling activities in Syria, revealing that the Pentagon, the CIA, private military contractors and Kurdish militias were engaged in the illegal shipment of more than $30 million-worth of Syrian oil out of the war-torn country each month. 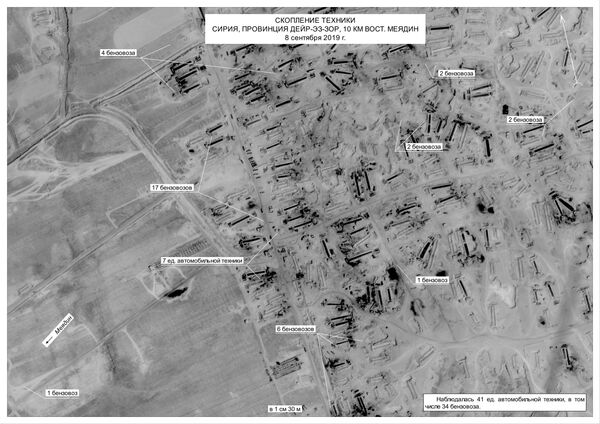 Before the start of its foreign-backed civil conflict in 2011, Syria produced about 400,000 barrels of oil per day, enough to provide the country with energy self-sufficiency and up to 20 percent of the state’s revenues. Production dropped dramatically during the war. Syria and its allies see the return of the nation’s energy resources as a crucial requirement for rebuilding the country from the estimated $200-$400 billion in damage caused during the conflict. However, President Trump has repeatedly pledged to “take” and “keep” Syria’s oil and to prevent it from falling into the hands either of terrorists or the Syrian government.