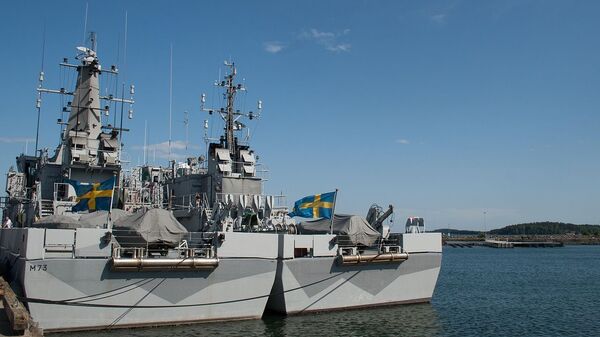 CC0 / /
Subscribe
Igor Kuznetsov
All materials
According to Swedish Defence Minister Peter Hultqvist, who called the violations “unacceptable”, the alleged Russian intrusion happened on 14 September near Gothenburg and lasted 11 minutes. By contrast, no details of the Danish one were provided.

The Swedish Armed Forces have claimed that two Russian ships have entered Swedish territorial waters without a permit.

The first intrusion allegedly occurred southwest of Gothenburg on 14 September. The two Russian corvettes were, according to the Dagens Nyheter daily, identified as belonging to the Steregushchiy class and the more modern Gremyashchiy class, at a length of 105 and 106 meters, respectively. All in all, the alleged intrusion lasted 11 minutes.

“They were contacted via radio and in the end they answered back and then left the Swedish waters. It is a violation and then we must react and signal. Russian representatives have been called in. It is of course a crime and a violation of Sweden and completely unacceptable,” Swedish Defence Minister Peter Hultqvist told national broadcaster SVT.

Two days later, on 16 September, a Danish ship passed in the same area without a permit. Both incidents have been reported to the Government Offices as unacceptable violations, the Armed Forces stated in a press release.

Jonas Kjellén, security policy analyst at the Swedish Defence Research Agency, called the Russian warships “top of the line”, stressing that they are the most advanced in the Baltic Sea of that class. He said that it is difficult to assess whether it was a deliberate violation, a test, or a provocation, but didn't rule out that it was a mistake.

These accusations came following Wednesday's incident in the Øresund Strait between Denmark and Sweden, where a Russian frigate had collided with a container ship called the Ice Rose in thick fog. No oil leak occurred and no crew members were injured. The Russian Baltic Fleet said the incident occurred in low visibility and the Russian ship had damaged its hull above the waterline and was returning to its base.

Relations between Russia and Sweden have been rather tense in recent years, not least following Crimea's re-unification with Russian, which Sweden has decried as “annexation” and used as a “proof” of alleged Russian aggression. Since 2014, the “Russian threat” has been regularly surfacing in military reports and political speeches alike as a pretext to increase defence allotments.

Last year, the Swedish government reached a “historic” agreement to annually increase the defence allocations by SEK 5 billion ($550 million) between 2022 and 2025. To finance this giant hike, new taxes have been rolled out, including a bank tax and a tax on alcohol and tobacco.