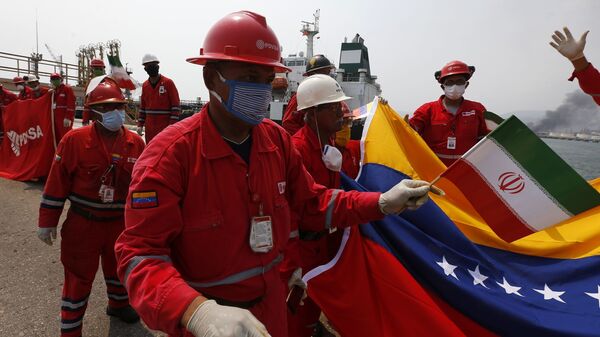 © AP Photo / Ernesto Vargas
Subscribe
International
India
Africa
Ekaterina Blinova
All materialsWrite to the author
On Monday, the Trump administration announced that it was imposing "UN" sanctions on the Iranian Defence Ministry and Venezuelan President Nicolas Maduro for what Washington called aiding Tehran's weapons programmes. Iranian analyst Mani Mehrabi has explained what's behind the failure of the US to gain international support for its Iran policy.

"Our actions today are a warning that should be heard worldwide: No matter who you are, if you violate the UN arms embargo on Iran, you risk sanctions," US Secretary of State Mike Pompeo stated on 21 September.

On 19 September, the US unilaterally re-imposed UN sanctions on Tehran through a Joint Comprehensive Plan of Action (JCPOA) snapback mechanism, although the UN Security Council made it clear in August that Washington could not instrumentalise the process, having abandoned the deal in in 2018. In an official statement, Pompeo specified that Washington "took this decisive action" because the Security Council "failed to extend the UN arms embargo on Iran" last month.

"The Security Council’s inaction would have paved the way for Iran to buy all manner of conventional weapons on 18 October," Pompeo claimed. "Fortunately for the world, the United States took responsible action to stop this from happening."

"Recently, the United States has pursued erroneous policies in the international arena that have led to a silent boycott of that country, the so-called 'silent isolation'," says Mani Mehrabi, an international affairs analyst and member of the scientific board of the Institute of International Relations of the Islamic Republic of Iran.

While at first glance, the United States has many financial, political and military partners in different regions, in practice there is a serious conflict of interests between the White House and many countries, Mehrabi underscores.

This conflict of interests started to manifest itself after Washington unilaterally pulled out of the Iran nuclear deal on 8 May 2018, while the other signatories to the 2015 JCPOA, namely, Germany, the UK, France, China and Russia, continued their efforts to keep the nuclear deal afloat.

Furthermore, on 14 August 2020, the United Nations Security Council rejected Washington's bid to extend a 13-year global arms embargo on Iran which is due to expire on 18 October under the JCPOA. While 11 members of the international body, including France, Germany and the United Kingdom, abstained, Russia and China opposed the measure. The US was supported only by the Dominican Republic.

After the US State Department declared on 20 August that it would use the JCPOA snapback mechanism to re-impose UN sanctions against the Islamic Republic, Washington's long-standing allies, the UK, France and Germany (the E3), issued a statement reminding the US that it was no longer a participant in the Iran nuclear deal.

"Our position regarding the effectiveness of the US notification pursuant to Resolution 2231 has consequently been very clearly expressed to the Presidency and all UNSC members," the E3 countries' joint statement said. "We cannot therefore support this action, which is incompatible with our current efforts to support the JCPOA."

"In this situation, the ability of the United States to exert any serious influence on countries whose ideology does not meet their requirements has significantly decreased," observes Mani Mehrabi. 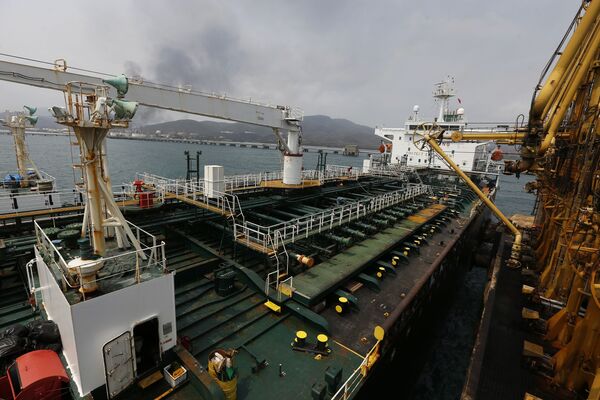 The US now has only two instruments to exert pressure on the "rogue" countries, according to the Iranian analyst: first, a regime change effort; second, sanctions.

However, it appears that both US foreign policy tools do not actually work, Mehrabi admits.

"Both were applied to Venezuela, and in particular to Nicolas Maduro," he says. "If we talk about regime change, there was an attempt to bring Juan Guaido to power in Venezuela. If we talk about sanctions, then we can observe their 'effectiveness' already now. The United States acted as everyone expected from them, while Maduro’s policy, which is close to Tehran, forced the White House to mobilise all its forces to confront Iran’s friend in South America."

Last spring and summer, Iran and Venezuela openly defied the US sanctions regime by stepping up bilateral energy cooperation and trade. Thus, in May 2020 Tehran dispatched five oil tankers, carrying 1.53 million barrels of Iranian gasoline, to Venezuela amid energy shortages and an economic crisis in the Latin American state. Yet another Iranian tanker was sent to Venezuela in June.

On 13 September, Bloomberg reported that an Iranian oil tanker which supposedly turned off its satellite signal on 7 August, "started unloading about 2 million barrels of South Pars condensate at Venezuela's state-controlled port of Jose" on 12 September.

For its part, Venezuela's premier supertanker, the Ayacucho, reportedly re-registered in Russia, and was renamed the Maximo Gorki, in May 2020 to get around US restrictions and continue its operations. Washington imposed sanctions on the Ayacucho and nearly two dozen vessels in February 2019 as part of its crackdown against the Maduro government. In late January 2019, the Trump administration hailed the regime change attempt in the Latin American country and recognised self-declared interim president Juan Guaido.