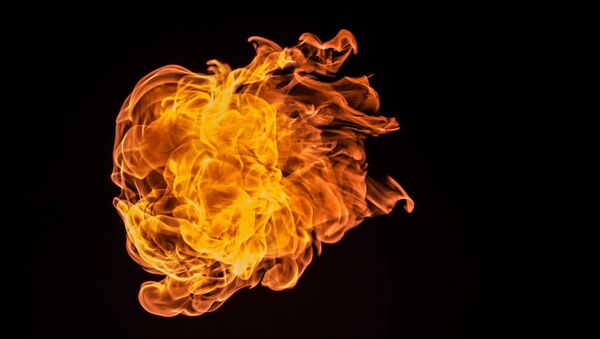 Advitya Bahl
All materialsWrite to the author
According to the fire officials, three consecutive explosions took place at the Oil and Natural Gas Corporation (ONGC) in India’s Gujarat state. The fire broke out at around 3:05 a,.m. (local time) on Thursday morning and was put out within several hours.

A massive fire was witnessed at a gas processing plant in the Indian state of Gujarat early Thursday. Videos of the blaze at the Oil and Natural Gas Corporation (ONGC) plant located in the city of Hazira are now being widely shared on social media.

In most of the videos, the sky can be seen lit up with orange flames of fire due to the explosions which took place at the ONGC plant.

Several fire engines were deployed to control and douse the flames as huge thick smoke kept coming out from the explosion site.

👉At ~3:05 am, a high intensity blast took place at ONGC in Gujarat's Surat

👉Locals say its impact was such that vibrations were felt as far as 5 KMs & left buildings shaking. Some say they smelt gas an hour earlier

👉Many firefighters are on spot

👉No clarity on casualties👇 pic.twitter.com/bbBrfvIg50

The ONGC,a multinational crude oil and gas company, said in a statement that the fire has been brought under control and there hadn't been any casualties or injuries.

A fire was observed in the Hazira Gas processing plant in the morning today. Fire has been brought under control. There is no casualty or injury to any person.