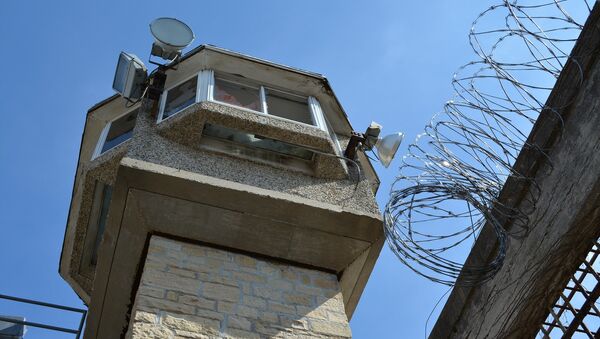 CC0 / /
Subscribe
International
India
Africa
Henry Batyaev
All materialsWrite to the author
The foreign minster's statement comes before he is due to meet his Russian counterpart Sergei Lavrov in Moscow later today.

Zarif made clear that Iran was not yet ready for direct negotiations with the US government and would be using other governments, such as the Swiss, "that wish to play a positive role in this regard", as an intermediary.

Iran said it was ready for an unconditional prisoner swap with the US this May amid the COVID-19 pandemic. Back then, Tehran stated that there was no need for a third country to mediate between Iran and the US for the prisoner exchange.

Last year, the two countries swapped US-held Iranian scientist Massoud Soleimani for Iran-detained Xiyue Wang, a Chinese-American Princeton student. Switzerland, a diplomatic representative for the US in the Islamic Republic, assisted in the swap.

The United States must compensate the damage that Iran suffered if it wants to return to the nuclear deal, Iranian Foreign Minister Mohamad Javad Zarif told Sputnik.

"The return of the United States to the nuclear deal is the first step that they should take. For this return, [the US] must compensate for damage that it caused to the Iranian nation, as well as for measures taken by the US to undermine the nuclear deal and promise to not do it again," Zarif added.

Zarif added that every country has a right to the peaceful use of nuclear energy, but the West has double standards about different states' nuclear programs.

"We believe that all of the countries have the right for a peaceful use of the nuclear energy, including [uranium] enrichment, and this right must be exercised in a transparent manner in line with regulations issued by the IAEA. The Western countries have double standards in this regard. If a similar control, which is carried out toward Iran, is introduced on other countries that want to have an advanced nuclear program, the international community will be in peace," Zarif said.

Relations between the US and Iran have soured considerably thanks to President Donald Trump’s campaign of so-called maximum pressure, stipulating tough sanctions against the Islamic Republic, launched after the US unilaterally withdrew from the Iranian nuclear deal.

In 2015, Iran signed the JCPOA with China, France, Germany, Russia, the United Kingdom, the United States and the European Union. According to the agreement, Tehran had to scale back its nuclear program and severely downgrade its uranium reserves in exchange for sanctions relief, including lifting the arms embargo five years after the deal was adopted.

On Bahrain, UAE Normalisation of Ties With Israel

Bahrain and the United Arab Emirates backstabbed Palestine by reaching the normalisation deals with Israel, but the ceremony in the White House was not a big issue anyway, since Israel and the Arab nations have maintained contacts during up to 20 years, Zarif believes.

"What happened in the White House was not a major development, but rather an opportunity to photograph and uncover the relations that have existed for 15 or 20 years between the Arab countries along the southern coast of the Persian Gulf and the Zionist regime. These relations indicate that the slogans voiced by these countries in support of the Palestinian people are untrue, but are in actual fact a stab in the back for the Palestinian cause," Zarif said.

The Iranian foreign minister expressed the belief that Israel's relations with Bahrain and the UAE would "surely hurt peace in the region and the Middle East", as they encouraged Israel to "oppress the aspirations and rights of the Palestinian people."

"For this reason we have disputed these relations considering that they are at the expense of the region and its peoples," Zarif added.

At the same time, the foreign minister noted that Iran was ready to improve relations with the neighbours.

According to the foreign minister, should the Persian Gulf states at any time be ready to build good relations with Iran, Tehran will wish for that as well.

Earlier this month, the United Arab Emirates and Bahrain became the third and the fourth Arab countries, respectively, after Egypt and Jordan to recognize Israel. Following the landmark peace deals, US President Donald Trump claimed that up to nine countries could follow suit.