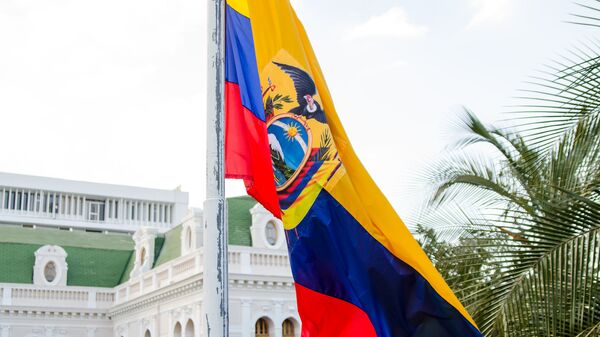 QUITO (Sputnik) - The National Court of Ecuador has ruled to promptly locate and arrest former President Rafael Correa and 18 other convicts in a corruption case, according to the court's verdict obtained by Sputnik.

"To send the relevant official letters to both the head of police and the head of the judicial police for the immediate detection and arrest," the verdict said.

Apart from the former leader, arrest warrants are also issued for a number of former ministers, lawmakers and businessmen.

In addition, the court demanded that the National Electoral Council be notified of the loss of political rights by all those sentenced to a term equal to imprisonment.

Earlier in September, the El Comercio newspaper reported that the cassation tribunal of Ecuador’s Supreme Court found Correa and former Vice President Jorge Glas guilty of incitement to bribery in a corruption case, upholding Correa's conviction of eight years in prison rendered in April, when he was also banned from politics for 25 years.

Prosecutors have accused Correa's center-left political party, Pais Alliance, of having received payments from businesses between 2012 and 2016 in return for lucrative government contracts. Correa has accused Ecuador’s government of trying to stop him from running in next year’s elections.