Evgeny Mikhaylov
All materialsWrite to the author
According to the Russian Foreign Ministry, Brussels has taken an aggressive stance against the country, prompting Russia to respond in kind.

"In response to the actions of the European Union, Russia has decided to expand the list of representatives of EU member states and institutions that are prohibited from entering the Russian Federation", she said in an official statement.

She stressed that the number of people in the list is equal to a similar list compiled by the European Union, adding that the bloc has taken multiple unfriendly steps towards Russian citizens, using sanctions as an "absurd" excuse. 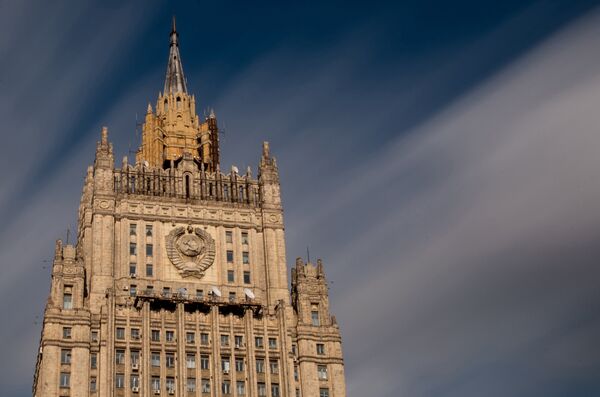 Zakharova referred to Navalny’s case, slamming Germany for refusing to cooperate on the issue and stressing that a probe launched by the Russian police can't be properly completed without information from Berlin.

"There is no evidence of any Russian involvement - or as they call it, a "Russian trace" - in what happened, and there cannot be any", the diplomat stated.

Navalny fell gravely ill during a domestic flight on 20 August and after an emergency landing in Omsk, he was taken to hospital, where he fell into a coma. Two days later, after medics believed he could be safely transported, authorities approved a request from his family, allowing him to be moved to the Charite hospital in Berlin for further treatment.

Later, Berlin claimed that doctors had found traces of a nerve agent from the Novichok group in Navalny's tests and that the findings had been confirmed by labs in Sweden and France. Moscow stressed that the Russian doctors had found no toxic substances in Navalny's samples and asked Germany to provide evidence - which Berlin has refused, saying it is classified.