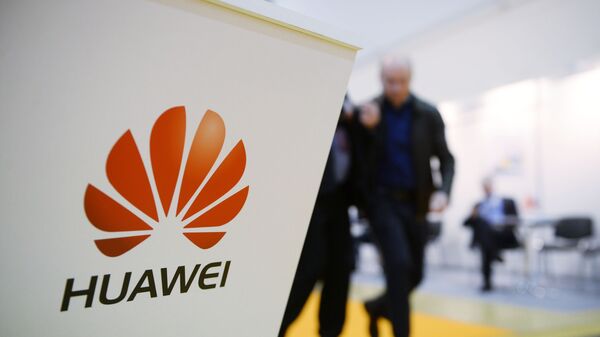 Max Gorbachev
All materialsWrite to the author
The United States has been on a confrontational course with China ever since Donald Trump came to power. Tensions between the two states have resulted in a trade dispute, with both sides imposing multibillion dollar tariffs on each other’s exports, as well as the US launching a campaign against Chinese tech companies.

Huawei, the world’s biggest manufacturer of mobile telecommunications equipment, said its supply chain is under attack from the United States, which has brought "great challenges" to the company's production and operations. Speaking to reporters in Shanghai at the annual Huawei Connect conference, Chairman Guo Ping said that the Chinese company still wants to do business with American companies.

The chairman noted that although the company has a sufficient amount of chips for business-to-business operations, including its 5G network, the current US restrictions have affected its stock of chips used in the production of smartphones.

Guo’s statement comes a week after Huawei said it would stop the production of its own Kirin chipsets used in its flagship smartphone models due to the US sanctions.

In 2019, the Trump administration put Huawei and its 114 affiliates on its trade black list, claiming the Chinese company poses a threat to its national security. Without providing evidence, President Trump and other high-ranking officials accused Huawei of spying on its users and on other governments at the behest of Beijing, a claim which the company and the Chinese government deny. Huawei has repeatedly stressed that the US move was politically motivated.

The ban has effectively isolated Huawei, prohibiting US companies from doing business with the telecoms giant – selling technology or providing services – without government approval. For example, Google’s apps are no longer available on new models of Huawei phones.

But the White House did not stop there, introducing even more draconian restrictions. In May, the US Commerce Department issued an export rule that prohibited manufacturers of semiconductors that use US technology and software from selling products designed for Huawei, unless they obtain a license from the US government. In August, the US broadened its restrictions, requiring semiconductor manufacturers to obtain licenses even for off-the-shelf products.

Besides blacklisting Huawei in the US, the Trump administration has also launched a campaign to persuade its allies to ditch the company from developing 5G networks, citing security concerns. The White House has also put pressure on Chinese apps.

The US actions have not only drawn criticism from China and Huawei, but also from the US tech community. Reports say that American manufacturers of semiconductors such as Intel and Qualcomm have asked the US government to ease the restrictions to allow them to supply products to Huawei, the world’s second-biggest manufacturer of smartphones.