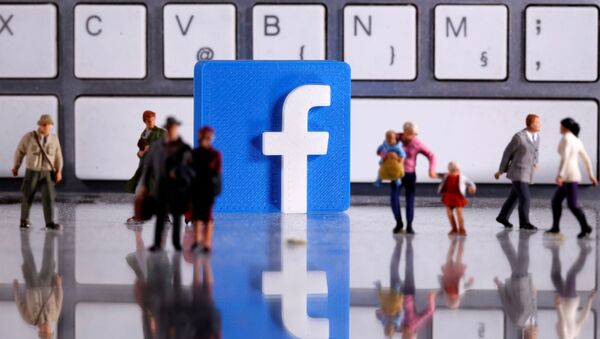 Evan Craighead
All materialsWrite to the author
Facebook will take an array of measures to “restrict the circulation of content” if the November 3 US presidential election devolves into chaos and unrest, according to a Tuesday report by the Financial Times.

Without getting into explicit details, Clegg noted that Facebook, which also owns the social media platform Instagram, has formulated a variety of plans based on possible unrest or other “political dilemmas,” such as the counting of in-person ballots versus mail-in ballots. 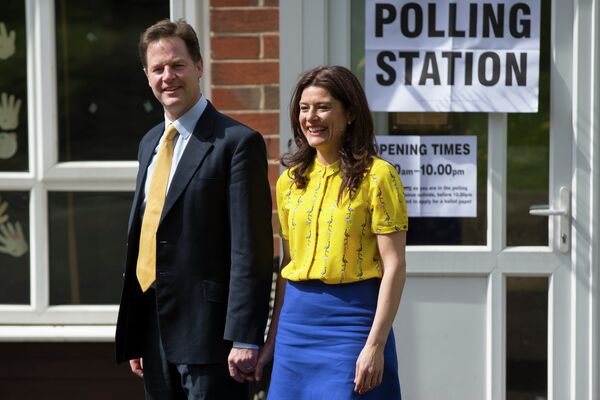 Liberal Democrat Party leader Nick Clegg and his wife Miriam Gonzalez Durantez leave the the Hall Park Centre after voting in Sheffield, England, Thursday May 7, 2015, as Britain takes to the polls in a General Election.
© AP Photo

US President Donald Trump has increased his use of other online platforms - like YouTube - after Twitter moved to flag several of his tweets, including one expressing his support of shooting American citizens as a response to looting in Minneapolis, Minnesota, earlier this year. 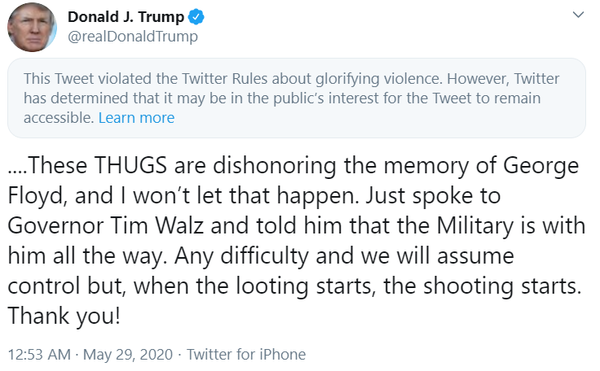 A tweet issued by Donald Trump on May 29, 2020 at 12:53 a.m. EST. It was flagged on the same day by Twitter for "glorifying violence."
© Twitter/Sputnik Screenshot

Facebook was criticized for its slowness to act by major outlets such as CNN Business, which ran the headline “Mark Zuckerberg silent as Trump uses Facebook and Instagram to threaten 'looting' will lead to 'shooting.’”

As it pertains to the upcoming November presidential election, Facebook CEO Mark Zuckerberg detailed in a September 3 Facebook post that “this election is not going to be business as usual.”

“These changes reflect what we've learned from our elections work over the past four years and the conversations we've had with voting rights experts and our civil rights auditors,” he clarified.

One of these changes is a policy that prohibits “new political ads in the week before the election.”

Citing former Facebook executive Alex Stamos, the New York Times reported in August that Facebook, Twitter and YouTube faced a common risk-management situation in which they would “have to potentially treat the president as a bad actor” if he casts doubt on the legitimacy of the election.

“We don’t have experience with that in the United States,” added Stamos, who presently serves as director of Stanford University’s Internet Observatory. Stamos was Facebook’s security chief between 2015 and 2017, during the Cambridge Analytica scandal, in which some 87 million users had their personal information collected and used, most without their knowledge or consent, by companies intending on helping candidates like Trump shape elections in their favor.