‘Explanation Needed’: US Ambassador Accused of Meddling in Dutch Elections 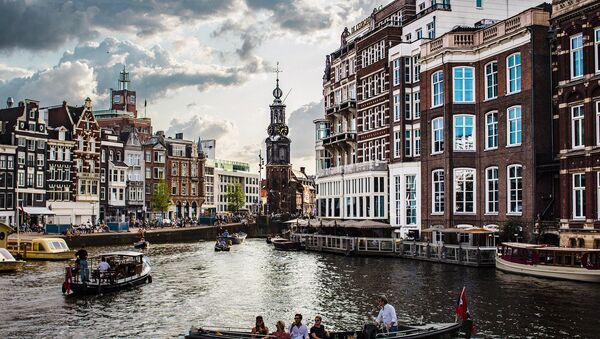 Oleg Burunov
All materialsWrite to the author
Members of several Dutch political parties have accused US envoy to the Netherlands Pete Hoekstra of violating the Vienna Convention, which specifically warns foreign diplomats against interfering in a host nation’s politics.

Dutch officials have demanded an explanation from US ambassador to the Netherlands Pete Hoekstra after reports that he took part in a fundraising event for the eurosceptic populist Forum for Democracy party at the American Embassy in The Hague earlier this month.

The Dutch weekly magazine De Groene Amsterdammer claimed on Monday that the 10 September event featured between 30 and 40 "party officials and wealthy entrepreneurs” and that the gathering was hosted by Hoekstra.

They referred to the 1961 Vienna Convention on diplomatic relations, which states, in particular, that foreign diplomats should not meddle in a host nation's politics.

“Of course this should not have happened. This is interference in our elections,” Bram van Ojik from the Greens party told the Dutch broadcaster NOS. The general elections in the Netherlands are scheduled for March 2021.

Sjoerd Sjoerdsma of the social-liberal D66 party, in turn, said that  “text and explanation are needed here”, referring to Hoekstra hosting the 10 September gathering.

An unnamed entrepreneur who attended the event was cited by De Groene Amsterdammer as saying that it was "certainly not a town hall meeting, […] it was more of an informal kick-off for the election campaign”.

Forum for Democracy leader Thierry Baudet, for his part, rejected the claims that the event was a fundraiser as “nonsense” and a “conspiracy theory”.

Dutch Foreign Minister Says US Should Not Tell Netherlands Where to Get Energy From
He was echoed by representatives of the US Embassy in The Hague, who argued that the gathering was little more than a “town hall” similar to those events that were held with other political parties. The State  Department had not commented on the matter yet.

66-year-old Hoekstra, who was born in the Netherlands but raised in Michigan, was appointed by President Donald Trump to the post in 2017.