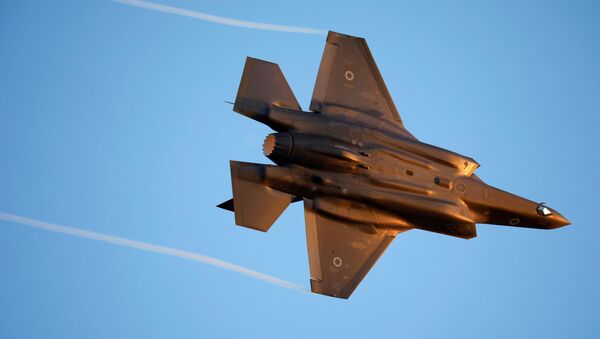 Oleg Burunov
All materialsWrite to the author
In late August, US Secretary of State Mike Pompeo announced that Washington would consider selling arms to the United Arab Emirates, but would also work to ensure that Israel continues to enjoy a military edge over its immediate neighbours.

Reuters has quoted unnamed sources as saying that Washington and Abu Dhabi plan to have a letter of agreement on the sale of US F-35 stealth fighters to the United Arab Emirates (UAE) in place by 2 December, which coincides with the UAE’s National Day.

Neither the UAE Embassy in Washington nor the Trump administration has commented on the matter yet.

An unnamed Pentagon spokeswoman, in turn, told Reuters that "as a matter of policy, the United States does not confirm or comment on proposed defence sales or transfers until they are formally notified to Congress”.

The sources, meanwhile, claimed that the White House is currently studying ways to make the F-35 more visible to Israeli radar systems, in line with previous Washington-Tel Aviv agreements stipulating that any US weapons that are to be sold to countries in the region should not affect Israel's “qualitative military edge”. 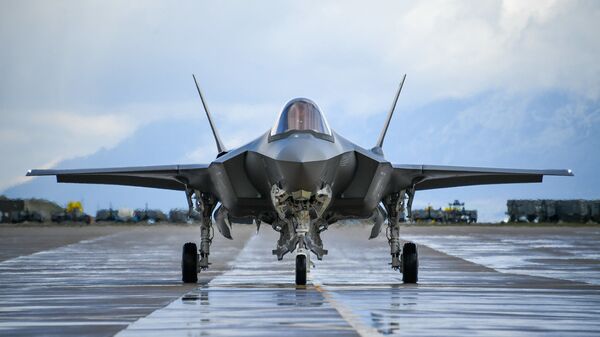 The agreements also envisage guarantees that US arms delivered to Israel are "superior in capability" in comparison with weaponry sold to the Jewish state’s neighbours.

In early September, The New York Times reported, citing its sources, that Israeli Prime Minister Benjamin Netanyahu had privately given a green light to the US administration’s plan to provide the UAE with weapons, including the F-35.

According to the sources, Netanyahu gave up his previous complaints against the possible Washington-Abu Dhabi arms deal after talks with US Secretary of State Mike Pompeo conducted in Jerusalem in late August.

Earlier that month, President Donald Trump said that the UAE would like to buy F-35s and that the US was reviewing the possibility of selling the stealth fighter jets.

Netanyahu, for his part, at the time labelled reports that Washington would be selling the F-35s to the UAE "fake news", noting that the US-brokered agreement to establish normal ties between Israel and the Gulf country did not include any arms sales between Abu Dhabi and Washington.

Israel and the UAE reached a landmark peace agreement on 13 August, brokered by the US, to normalise ties, which, among other things, stipulates the two countries signing an array of cooperation accords pertaining to investments, tourism, security, and other areas.

UAE Minister of State Says Deal With Israel is 'Way Forward for the Region'
The agreement makes the UAE the third Arab country to conclude a full-fledged peace deal with Israel after Egypt in 1979 and Jordan in 1994.

The US began delivering F-35s to Israel in late 2017, with the Jewish state allegedly having used them for bombing missions in Syria and Iraq since then. Tel Aviv has at least 26 operational F-35 jets in service, with 75 more such warplanes due to be purchased. Currently, Israel remains the only operator of F-35s in the Middle East.

000000
Popular comments
under the control of the big mafia, the uae is forced to buy the pile of metal sheets from the godfathers listed in forbes and bloomberg.
KOURSK
22 September 2020, 19:22 GMT4
000000
..... so - the UAE have now been suckered into buying this absolute POS & they will pay massively over the top for an even worse version of this boondoggle .......