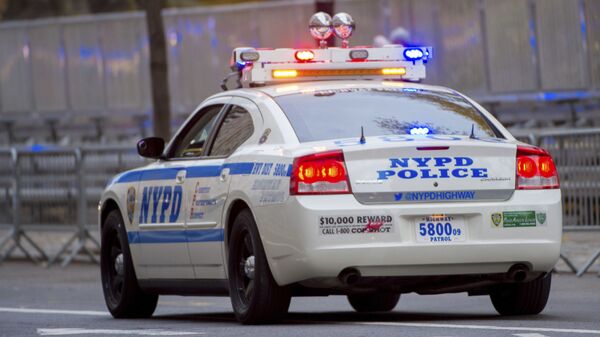 "These allegations by the US are completely fabricated, full of speculation and abound in terms such as 'possibly' and 'probably'", Wang told a daily briefing.

The spokesman further vowed that Washington's attempts to compromise the Chinese diplomatic missions in the US and their employees would never succeed.

On Monday, the US Justice Department announced that Angwang had been arrested over acting as an illegal agent of the Chinese government as well as committing wire fraud, making false statements and obstructing an official proceeding. The 33-year-old also allegedly supplied Beijing with information on potential intelligence sources within the Tibetan community in New York.

As earlier reported by US broadcaster CNBC, citing criminal records, Tibetian-born Angwang arrived in the US on a cultural exchange program and later applied for asylum, claiming discrimination and torture by the Chinese authorities over his Tibetian origins. He eventually landed a job in the New York City Police Department, which gave him access to high-ranking US law enforcement officials.

According to the report, Angwang began cooperating with a Chinese consulate official in 2014 and another one in 2018, with the latter one becoming his supervisor. The suspect allegedly supplied information about New York-based Tibetians to Chinese diplomats whose task was to target those in opposition to Beijing.