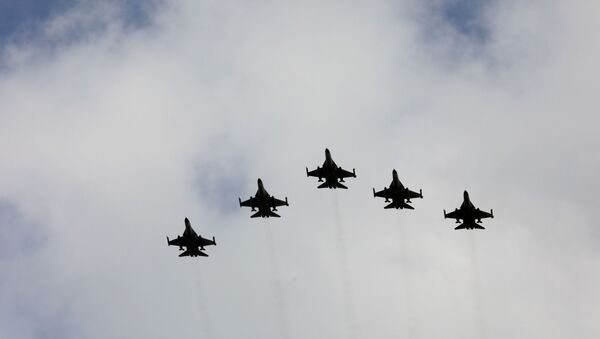 MOSCOW (Sputnik) - The Taiwanese Ministry of National Defence is training its fighter pilots to engage and respond to any possible fire from Chinese warplanes as tensions escalate between the two, a ministerial source told Taiwan News.

China has sternly protested the visit of US Under Undersecretary for Economic Affairs Keith Krach to Taiwan, the island nations whose sovereignty is disputed between Beijing and Taipei. According to Taiwan News, Chinese military aircraft have entered Taiwan's Air Defence Identification Zone several dozen times over Friday and Saturday, purportedly in protest against the visit.

According to the source, Taiwan's Air Force Combatant Command has been holding additional training sessions to instruct pilots in rules of engagement in close calls with Chinese warplanes to avoid escalation into an armed conflict.

The Air Force is taking a wholly defensive stance and said it will not fire the first shot but will not refrain from "exercising the right to counterattack for self-defence", Taiwan News reported. The source added that the situation requires adherence to international norms, but "if our military is attacked, we will definitely fire back". 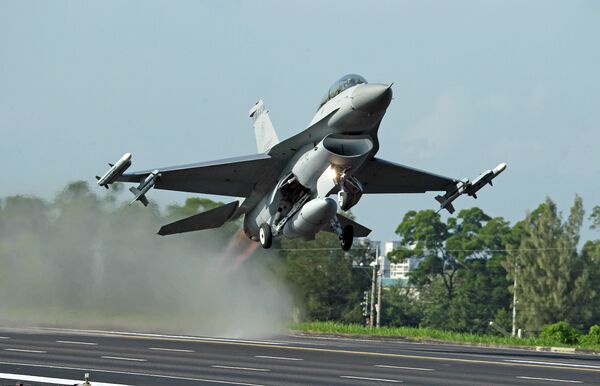 Krach became the latest high-ranking US official to visit Taiwan after Secretary of Health and Human Services Alex Azar made a trip to Taipei in August under similar objections from Beijing.

The United States, along with many other countries, does not recognise Taiwan as a sovereign nation and officially sticks to the "One China" policy. Nevertheless, Washington upholds indirect diplomatic relations with Taipei.

The current Chinese and Taiwanese governments are descendants of the two main warring sides during the Chinese Civil War, each of which does not recognise the other. Beijing considers Taiwan a rightful part of China and has not ruled out military action to bring Taipei under its rule. Despite the geopolitical opposition and lack of diplomatic relations, travel between the countries is active, and tourism, migration and intermarriage from the two sides are commonplace.