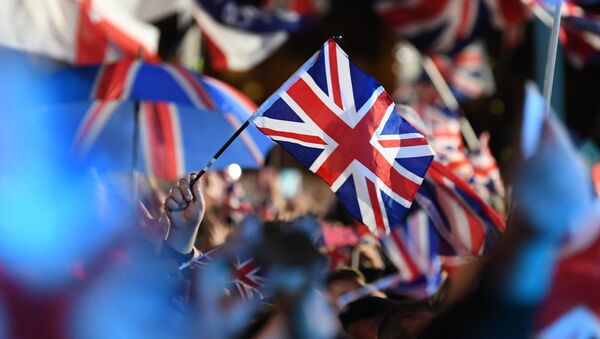 The controversial Internal Market Bill, published by Britain’s Prime Minister Boris Johnson, will have its first committee reading in effort to push the legislation through parliament. The bill sparked controversy domestically in Britain, and across Europe, following its introduction to the Commons less than a month ago.

Robin Tilbrook Chairman of the English Democrats has shared his views in this interview.

Sputnik: Just how likely is it that the PM’s internal market bill will pass to the next stage in parliament?

Robin Tilbrook: I think he's going to succeed in getting it through the House of Commons. He's after all got a large majority there in effect about 90, including the Ulster unionists, but his problem is more in the House of Lords where there is a very large majority of remain supporters embedded there and the conservatives are well into a minority.

So, he may not succeed in getting it through the House of Lords at the first go. Of course, they then play so-called parliamentary ping pong, under the parliament Act, which allows eventually the House of Commons to overrule the House of Lords on the third attempt. I would think he will get it through, but it may be with a bit more fastened trouble than people are currently talking about.

Sputnik: If Johnson’s amendments do pass through the Commons what will this mean for the PM? For example, could it boost and revive his public image after he and the government were attacked by commentators and opposition politicians in the media?

Robin Tilbrook: I think the commentators and opposition politicians are really sort of clinging to any sort of possible remainer ideas as to what they can do to sort of block things and to give the EU negotiating team the advantage. I don't think that plays very well in the country. I think most people in the country now feel that we need to get on with Brexit get it done and that actually these people are just simply trying to use a device to block us. However, I do think Boris Johnson and his team were very poor preparing for this act.

I mean, for several reasons. One, the actual discussions about it. So, it was not made clear in advance, what actually they were up to and why and I suppose the second thing that came out was that the government really hadn't thought through how they were going to present it at all. So, we've got Brandon Lewis saying that they were actually going to breach international law. Well, many lawyers don't think that international law is a sort of contradiction in terms. It's not something that is established as law. It's more of an ideology.

The other point is that it's sort of fundamentally against the idea of national sovereignty for it to be said that, because the Prime Minister has signed a document, that means that the country can't even create a legal framework that allows what's been signed up to be broken. So, in effect the Prime Minister can democratically lock us into some agreement that we then can't get out of. You can't believe in the nation state basically if you if you think that that's going to be right.

Sputnik: How is the general public reacting to the recent Brexit events? E.g. are they supportive of Boris and his controversial Brexit approach?

Robin Tilbrook: I was listening to a discussion yesterday about why it was that so many of these so-called Redwall, previously Labour's supporting or Labour voting white working-class English people in the middle of the North had voted for Boris; and the answer to that, it was suggested was, because it became clear that labour was thinking about having a second vote on the EU and therefore they were not going to respect the Brexit referendum result.

For as long as Boris seems to be going to deliver on Brexit, he will have support from the people that voted for him at the last general election. Brexit became you know the headline issue and was a sort of key part of Boris's overwhelming success at the general election. Any commentators who think otherwise probably more reflecting their own views and wishes to remain within the EU, rather than thinking about what actually supporters out in the country feel.